One of the famous and deadliest Japanese wars of history is the Ishiyama Hongan-Ji War. Known also as the Ishiyama Kassen, the battle took place from the years 1570 to 1580 in the Sengoku Era. It was an 11-year war led by Oda Nobunaga against the Ikko Ikki.

The Ikko Ikki was a powerful group of rebellious and religious enthusiasts. They opposed the rules of the Daimyo or governors of the time. This battle focused on taking down and defeating the group’s primary base. It was the cathedral fortress of the Ishiyama Hongan-Ji, Osaka.

To weaken their support structure, Oda attacked the Ikki fortifications in nearby provinces.  His troops remained camped on the outer parts of Hongan-Ji to block supplies to the fortress. They also served as scouts to Oda’s group. 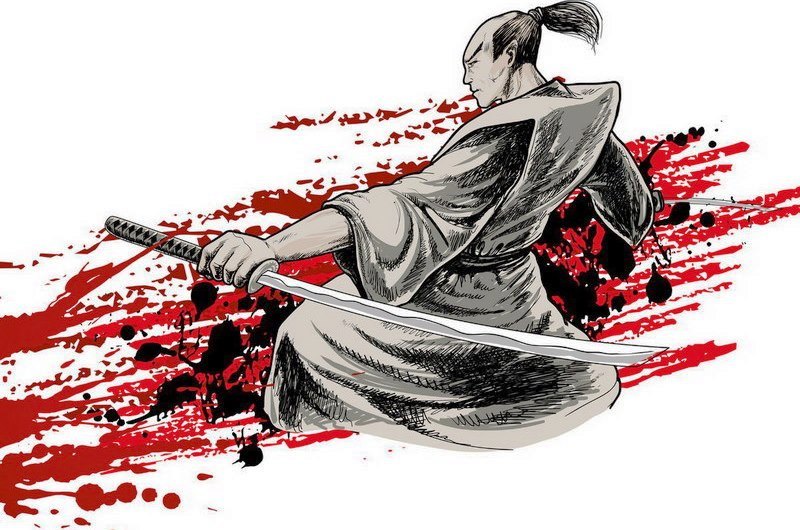 Beginnings of the Ishiyama Hongan-Ji

It all began in the temple of Hongan-Ji. It was a small place compared to others, but one monk who lived there wanted to change that. His name was Rennyo, and he started traveling the country to preach the principles of Hongan-Ji.

Since it was the Warring States Period in Japan, society was eager to have something to believe in. It was due to having too much political upheaval, societal unrest, and constant wars then. So with the combination of a charismatic personality, Rennyo was able to get a lot of followers.

In the year 1483, Rennyo was able to build a new Hongan-Ji temple outside Kyoto in Yamashina. A lot of his new followers moved to the area, and some claim that it flourished like Kyoto. Yet Yamashina became so big that the Samurai feared that it would outdo Kyoto. Due to this fear, Samurai warriors burned down the temple and city to the ground. 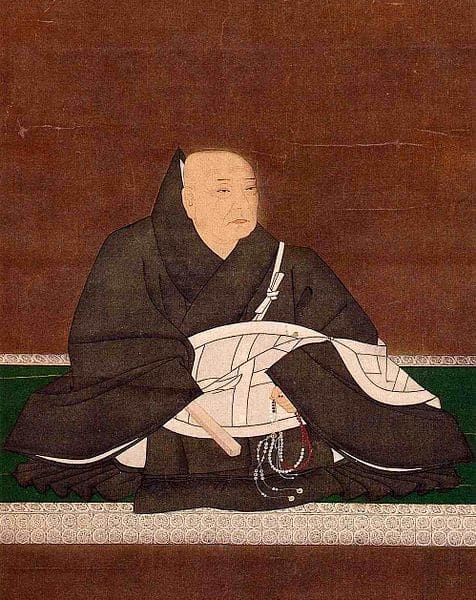 Rennyo was the 8th head-priest of Hongan-Ji Temple. He was part of the Joudo Shinshuu sect of Buddhism, as well as the descendant of Shinran, the group’s founder. Buddhists of the sect often called Rennyo the restorer; he was also known as Eto Daishi and Shinsho-In.

In the clash of the Onin War and other Japanese wars, Rennyo was able to unite most factions of the Jodo Shinshu sect. This was under Hongan-Ji. Due to his efforts, the sect flourished, becoming one of the biggest and most powerful in the country.

Rennyo became venerated and his implemented ceremonial reforms are still in use today. Also, his compiled letters are present and are still chanted in the Jodo Shinshu liturgy.

Rennyo also kept a perplexing relationship with the peasant revolts of the Ikko Ikki.  He sometimes restrained them, taught them, and attended to their religious needs.

The Ikko Ikki was a big group of Buddhist enthusiasts who aimed to topple the Feudal government of Japan. Another goal is to spread their teachings of the Jodo Shinshu Buddhism. United by religion, the group became more organized compared to other rebels then.

The Ikko Ikki originated in the 1400s when all small groups following the Jodo Shinshu united as one. Their belief was, “to bring salvation, wholehearted commitment to Amida Buddha”.

The Ikko Ikki, because of being countryside mobs, used various armor and weapons in battle. A lot of them wore the classic monk robes with varying kinds of armor. Some had different types of helmets while others chose to use the straw hats and peasant cloaks. The Naginata was a common weapon along with various swords, daggers, and arquebuses. 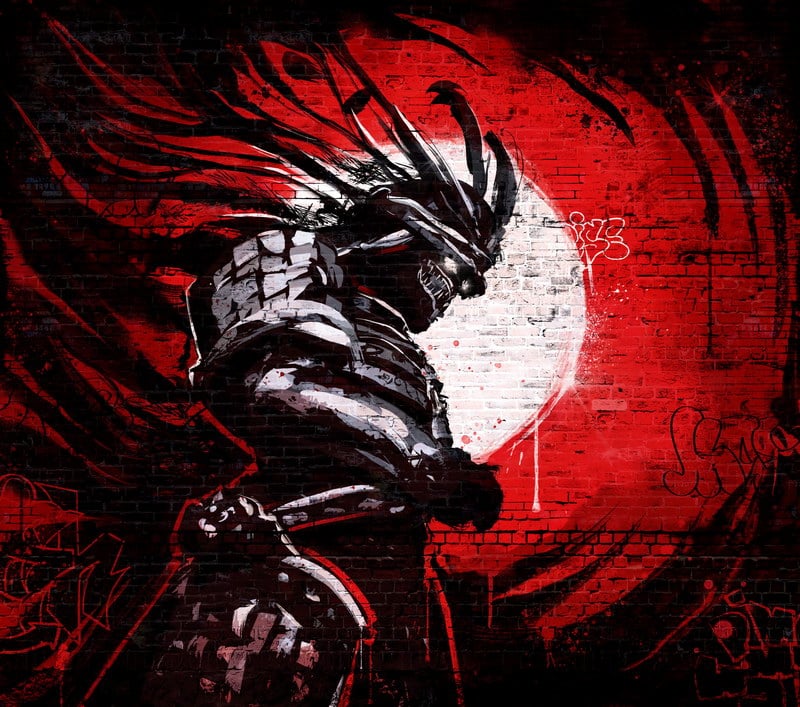 The Siege of the Ishiyama Hongan Ji

In 1570, Oda left his castle with 30,000 troops and ordered the building of fortresses along Ishiyama.  On the 12th of September, the Ikko Ikki began a stealth attack with a total of 3,000 arquebusiers. Because of this, they were able to destroy several of Oda’s fortresses, pushing him and his troops back.

Oda focused on the siege of Nagashima fortress and other Japanese wars. Simultaneously, his army stayed camped out to keep an eye on the Ikko Ikki. Yet after decreasing the Ikki supporters’ threats, Oda tried starving out the fortress.

It was not an easy task since the Ishiyama fortress was on the coast guarded by the Mori clan’s fleet. The Mori was a family of great naval combat and were also Oda’s crucial enemies. Soon, the fortress required great need of supplies. Thus, leading the Abbot Kosa to start peaceful negotiations with Oda to end the battle.

Yet Ashikaga Yoshiaki, the ousted Shogun, asked Mori Terumoto to help supply the cathedral fortress. At the same time, Oda’s army attacked under the command of Akechi Mitsuhide. By then, 51 outposts stood around the main fortress. Along with these, lots of them had arquebus squads on standby.

Repelled by the defense, Oda had to revise his strategies and started to attack the outposts. This time, he sent Hideyoshi Toyotomi for an all-out attack on the monk’s fortress in Negroji.

Oda soon recruited Kuki Yoshitaka to set a blockade. This was to prevent the supply lines into the fortress. In the year 1576, during the Battle of Kizugawaguchi, the established blockage failed.

Yoshitaka then returned after 2 years to introduce his huge battleships. These allowed Oda to gain the upper-hand in the 2nd Kizugawaguchi battle. He was also able to break the supply lines of the Mori for good. 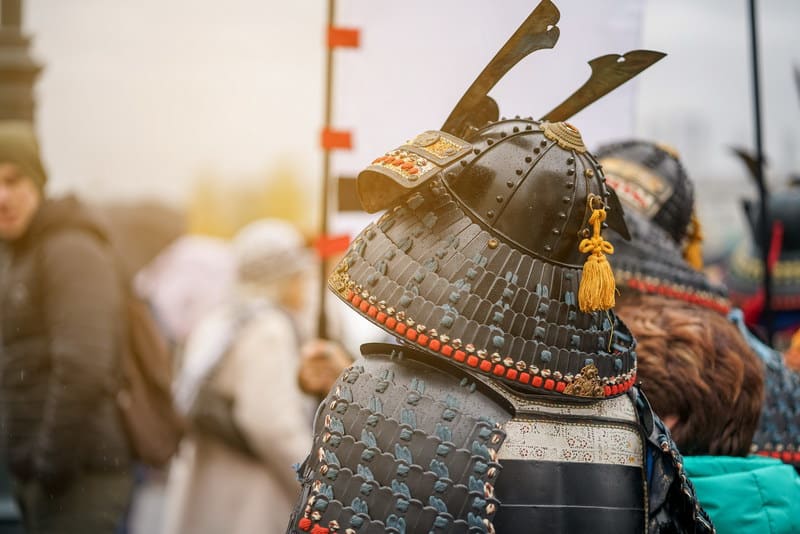 By that time, the siege was starting to lean in Oda’s favor. Most allies of the Ikko Ikki were already within the fortress so they had no one else to call on for help. So in the year 1580, the Mori clan ended up losing their castle.

In 1580, the Ikko Ikki finally faced Oda for the last time. This was when most of their allies and supporters were no longer present and they only had help from within. With the aid of pirates, Oda managed to push the sect back to the innermost area of the fortress.

Under Shomozuma Nakayuki, the defenders soon lost weapons and food. Because of this, the Abbot held a meeting with his colleagues after receiving a letter of advice. Throughout the period, the army only waited until the rebels ran out of all their necessities. Soon, the Abbot of Hongan-Ji gave up and surrendered.

Finally, after a hundred years of chaos, the Buddhist group that led the Ikko Ikki was gone. Hence, the end of one of the Japanese wars in history.

After the battle, Oda spared the lives of many defenders like Shimotsuma Nakayuki. Yet he still burned the entire fortress. After three years, Toyotomi Hideyoshi constructed a castle on the same site. Thus, the creation of Osaka Castle which still stands until today.