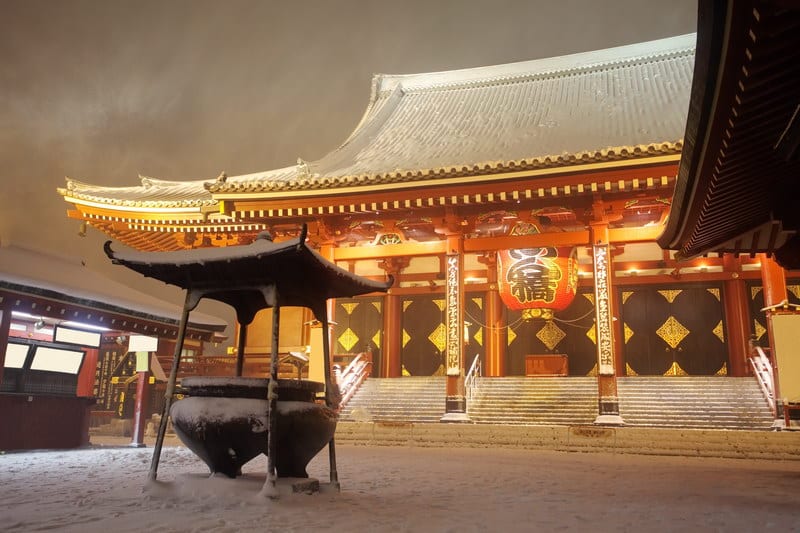 The Meiji period was among the most important times in Japanese history. In the year 1868 of Japan’s feudal period, the Tokugawa Shogun who ruled the country lost his power. This restored the emperor’s power and position as the supreme leader. He then took the name Meiji which means enlightened rule, and utilized this as his reign name. This entire event was historically known as the Meiji Restoration period.

The Meiji period or Meiji era extended from the 23rd of October 1868 to the 30th of July in 1912. This was the period that represented the first half of Japan’s empire. The Japanese society shifted from being a remote feudal society to a Westernized form.

Fundamental changes greatly affected its social structure, economy, internal politics, as well as foreign and military relations in this period. It complemented the reign of Emperor Meiji and was succeeded upon the extension of Emperor Taisho during the Taisho era.

In 1868, when the Meiji emperor became the head of Japan, the country was a nation with weak military strength. It was primarily an agricultural country and only had a little development in technology.

The feudal lords who were considered as semi-independent controlled the country. The Western powers – specifically the United States and Europe – forced the country to sign a couple of treaties. These limited the control over Japan’s own foreign trade. It even required that the crimes concerning foreigners be tried in Western courts, not in Japanese courts.

When the Meiji period came to an end in 1912, Japan had a greatly centralized bureaucratic government. It also had a constitution that developed a parliament as well as a finely developed communication and transport system. Moreover, they had an educational system that was free from the restrictions of the feudal class. And lastly, there had been established and rapidly developing industrial sector that was based on the latest technology. They also had a very powerful and notable army/navy. And because guns were introduced during the period, this lessened the popularity of swords.

This was a time when Japan regained total control of their legal system and foreign trade. By battling and winning two wars, Japan had fully established their equality and independence when it came to international affairs. Slightly more than a generation, the country had exceeded their goals. In the process, they successfully altered their whole society.

The success of Japan in modernization created great interest in how and why it was able to adopt Western institutions in such a short time. 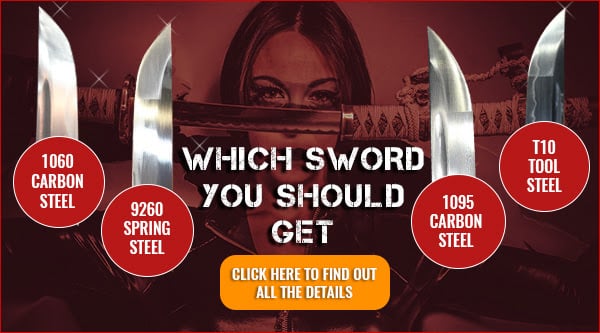 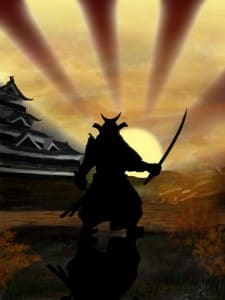 This entire transition was not considered a revolution. A lot still remained from the earlier 260 years of the Edo Period. The essence of this entire change was mainly centralization. It’s because the new Meiji oligarchs tried to establish a contemporary nation-state featuring national

institutions. This was instead of a collection of feudal territories controlled by a Daimyo.

With that, the early Meiji period saw the elimination of these territories and the formation of prefectures. It also displayed the establishment of a modern national army, police and naval force. These are the onset of a national railway, as well as a national education system.

Moreover, a developing industrial sector started to emerge. The beginnings of an export economy that was primarily based on the Treaty Ports also took place. Banks, newspapers, limited companies, insurances, as well as company laws all appeared during this period.

The four social classes during the Edo period were prohibited. The Samurai were forced to give up their swords and eliminate their top-knots. A centralized bureaucracy advanced from the Tokugawa roots. Eventually, there was a freedom of religion as they adopted a constitution in the year 1889.

The dissolution of feudalism made it possible for great political and social changes. Millions of people were allowed to freely choose their occupation and were able to move without any restrictions. By offering a new environment of financial and political security, the government made it possible to invest in new technologies and industries.

The government was able to build shipping lines and railways, telephone and telegraph systems, shipyards, mines, consumer industries and even munitions works. This posed to be extremely expensive and even strained government finances. So in the year 1880, the government opted to sell most of the industries to private investors. This urged such activities via subsidies and other types of incentives.

A couple of Samurai and merchants who established these industries developed major corporate conglomerates. They called this the Zaibatsu. These controlled much of the country’s contemporary industrial sector.

The government was able to successfully introduce a national educational system. They also brought in constitution that was able to establish an elected parliament. They called this the Diet. This was primarily designed to provide people with a good environment for proper growth. They also assumed that this would win the respect of Westerners, while simultaneously building support for the contemporary state.

During the Tokugawa period, popular education spread and expanded rapidly. In the year 1872, the government created a national system that helped educate every individual. By the end of the Meiji era, almost everyone was able to attend free public schools.

The government closely monitored these schools. They guarantee that in addition to skills, it is mandatory for all students to study moral training. This stressed the importance of everyone’s duty to the emperor, their family, and the country. 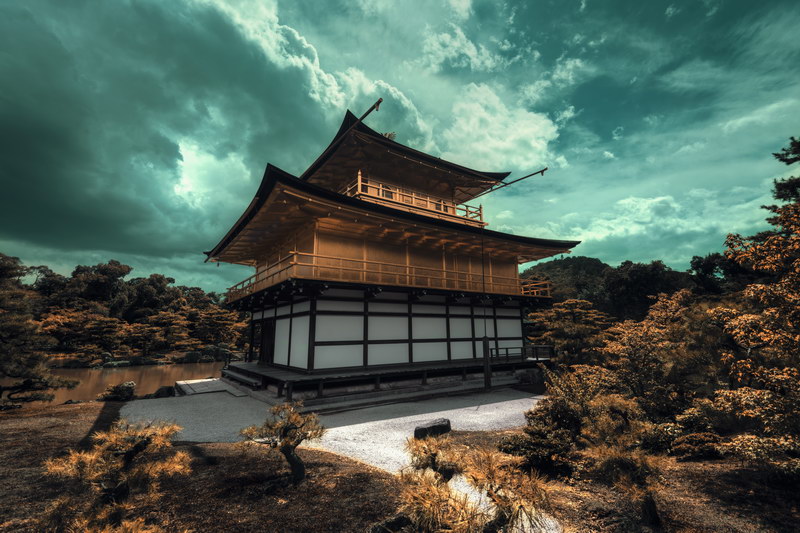 The emperor offered the 1889 constitution to the people. Only he or his advisers were allowed to modify this. In the beginning of 1890, a parliament was elected. However, only the wealthiest were able to vote during the elections. In the year 1925, this was changed, allowing all males to vote.

To be able to win the recognition and interest of the Western powers, the country changed its whole legal system. This is also to convince them to modify the unequal and one-sided treaties. The new system adopted new civil and criminal codes that were modeled after those from Germany and France.

In 1894, the Western nations eventually agreed to revise the treaties. They acknowledged the country as an equal in principle, yet not in international power.

Architecture & Housing in the Meiji Period

New and larger cities like Tokyo started to have Western-styled stones, concretes, and brick buildings. Famous foreign architects designed and developed popular establishments. These are The Bank of Japan, The Asakusa Twelve Storeys, Ginza Bricktown, Tokyo Central Station, and the infamous Rokumeikan.

In the year 1874, gas lighting finally came to Ginza while electricity began in the year 1878. However, it was not until the 10th century that Tokyo started to appear just like Paris, London, or New York instead of the old, wooden Edo. 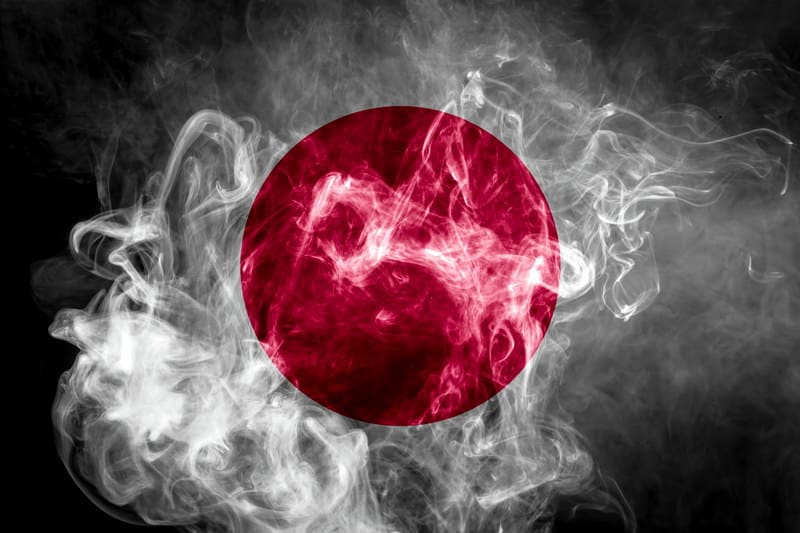 Upon its return, the Japanese government was quick to create a new rank for the nobility. Five hundred individuals from the old court of nobility were categorized into five ranks. These include the former Daimyo, as well as the Samurai, all who provided excellent service to the emperor. The five ranks are the marquis, prince, viscount, count, and the baron.

It was during this time that the Ee Ja Nai Ka movement took place. In 1885, Yukichi Fukuzawa wrote the significance essay, leaving Asia. He argued that the country should orient itself with the more civilized countries of the West, and simply leave the hopelessly backward neighboring countries, specifically Korea and China.

This essay greatly contributed to the technological and economic development of Japan during the Meiji period. However, it may have also laid down the foundations for the Japanese colonialisms in the area. 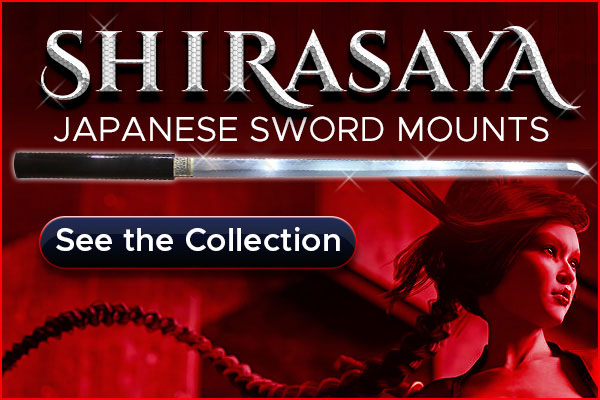 Aside from teaching martial arts like Iaido, there was a significant change, modernization, and improvement in the field of education. However, these changes were owed more to the ideals of the West, rather than the actual Western practice. After the establishment of the Monbusho (Education Ministry) in the year 1871, the Fundamental Code of Education laid out the design for a unified, government-controlled system. This would provide elementary and middle schools, as well as universities for the people.

They set the attendance for all students to four years, regardless of gender and earlier class distinctions. However, it only happemein the year 1900, when education was eventually made free for all citizens.

Achievements During the Meiji Era 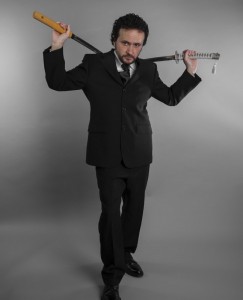 The most important aspect of the Meiji era was the country’s struggle for recognition. In addition to it is its equality with the many Western nations. Japan was undeniably successful when it came to organizing an industrial – capitalist state. This was based on Western models. However, when the country started applying the lessons acquired from European imperialism, the West perceived it negatively.

The racist ideology and colonialism that accompanied it were deeply rooted in Western countries. This made it quite challenging to have a non-white nation to enter and be accepted as equals in the race for markets and natural resources.

Numerous misunderstandings between Japan and the West all began from the country’s sense of alienation and indifference to the West. They seemed to utilize a different standard when it came to dealing with the European nations. This was compared to how they would with Japan – a rising Asian power.