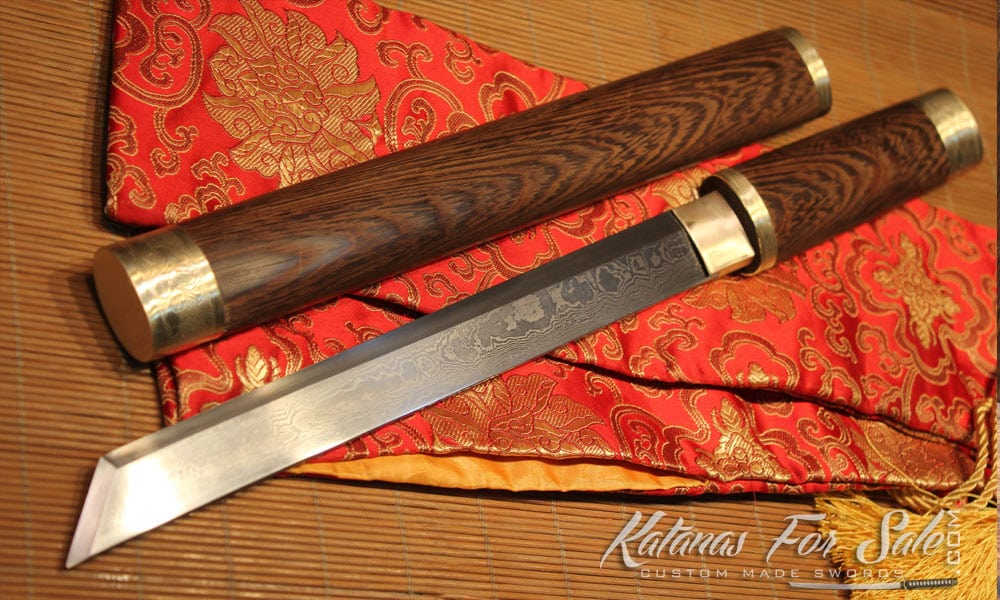 The katana is known as a prominent weapon of the Samurai, yet the samurai wielded the Japanese Tanto well before the invention of the Katana. The Tanto blade has a rich history and was useful during battles, it was mostly utilized during the country’s warring period.

The tanto is known as one of the classically-made nihontos or Japanese swords. It was often carried by the samurai warriors and dates all the way back to the Heian period. During this time, the blade was primarily used as a weapon. However, it later evolved in design, making it a more ornate piece.

The Tanto and Its Characteristics

The tanto was known as a short blade utilized during the Heian period. However, its popularity waned and waxed until the 20th century.

Generally, the tanto is categorized as a knife or a shortsword. Its blade features a single or double edge that measures between 15 to 30 centimeters (1 shaku or 6 to 12 inches). It was mainly designed for stabbing, but its edge can function efficiently for slashing.

The blade can be forged in several styles like Hira Zukuri, which means that its sides do not feature ridgelines and are almost entirely flat. it can also be done in katana fashion of shinogi-zukuri structure. Some tanto featured thick cross-sections and were specifically for armor piercing duties called the yoroi toshi.

These blades were mostly carried by the samurai. There were instances when the tanto was worn as a shoto together with a Tachi, this was later replaced by the wakizashi and the Katana in the daisho. 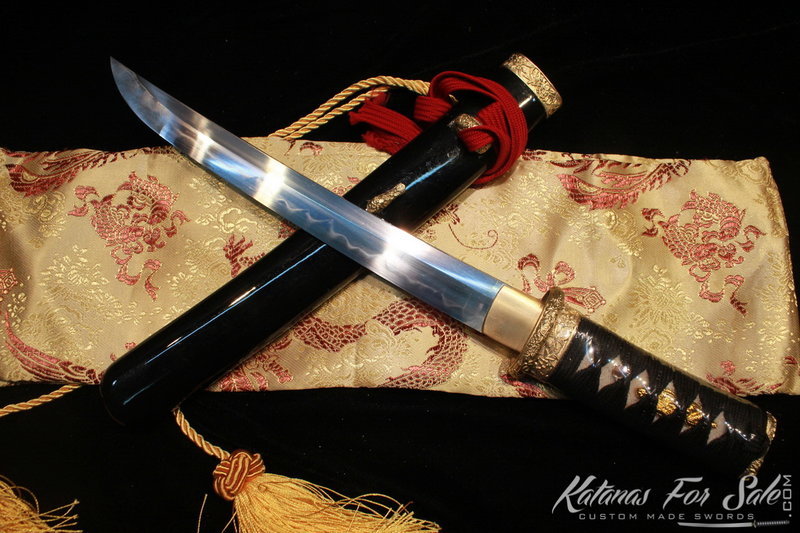 It was common for the tanto be used for practicing the classic martial arts called tantojutsu. Practitioners often used a single or double-edged blade that measured around 15 to 30 centimeters. From the beginning, it was designed as a stabbing blade, but the sharpened edge can be used for slashing.

Aside from the samurai warriors, women also wielded a tanto called the kaiken. It was a smaller version of the regular blade that was utilized by the samurai. Women concealed it in their obi and used it for self-defense.

Back to the Past – The Tanto’s History

The tanto blade was crafted halfway through the Heian period. At the start of the Kamakura period, the design of the Tanto have been improved and were forged to become more aesthetically pleasing. The most popular styles of tanto were the uchi and hira-sori. This increased the number of produced blades and even the kanmuri otoshi style was prevalent in cities like Yamato and Kyoto.

Since the style was introduced around the late Kamakura period, the tanto started becoming wider and longer. Plus, the introduction of the Hachiman faith was also displayed on the blade’s hilts wherein carved designs and such depicted the belief. 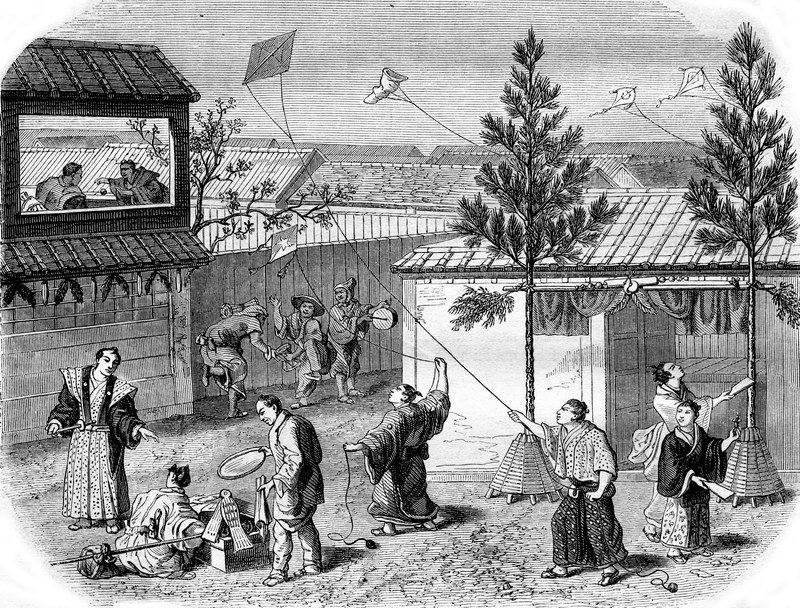 In the years 794 to 1185, the tanto was considered a standard weapon without any artistic quality and was mainly a practical blade created out of necessity. Though between the years 1185 and 1333, more artistic tantos with better quality surfaced. Interesting enough, once the fighting commenced around 1335 to 1573, the quality of the blade was again, improved for fighting purposes. This caused its artistic quality to drop.

Due to its mass creation and production, the blade became narrower. This is to have more materials to create more blades.

Unification of Japan and The Tanto Decline

The death of Nobunaga was quickly avenged by Toyotomi Hideyoshi, one of his commanders. Eventually, he stepped into power as Japan’s second unifier. In his time of reign, Hideyoshi continued to unify the nation and led military expeditions to Korea. He also planned an attack on China.

After Hideyoshi’s death, the last battle for Japan commenced. This was between his generals since he died without leaving a strong heir. Eventually, Tokugawa Ieyasu achieved victory and was the 3rd and last unifier of the country. Ieyasu was able to secure an incomparable lineage that led a total of 200 years of peace in Japan. This was until the end of Japan’s feudal reign and the establishment of the modern period in 1854.

Through Japan’s unification and the struggles of the three lords in shaping the nation, the tanto also went through a penultimate change. Yet during this time, major advancements took place which rendered the blade obsolete. The only types that were crafted in this period were artistic and aesthetic imitations of the popular blades from history. 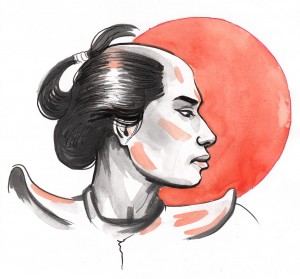 The trend briefly reversed prior to The Second World War. A large number of tantos were created before this period since the Emperor returned to power. Members of the imperial court started utilizing the combination of the blade and tachi once more. Thus, dramatically increasing the number of tantos during the period.

After the Second World War, forging of swords was restricted. This caused its manufacture to decrease drastically. However, the interest of Europeans and Americans in Japanese martial arts grew, so the demand for these blades outside Japan increased. This was around the 1960’s until today.

During the Kamakura period of the early 14th century, Kagemitsu Kenshin forged the tanto sword – a short traditional nihonto. He followed the classic Bizen Osafune style on the orders of the samurai warrior, Ogawara Tokimoto. It featured a 5-character inscription on the blade’s side that reads Chichibu Daibosatsu which is actually a place that is categorized between present-day Tokyo, Nagano, Yamanashi, and Saitama prefectures. On the other side of the blade, it features a Sanskrit character.

The two inscriptions had historians believe that the blade was used as an offering to the Chichibu Shrine. Amid the Sengoku era, the popular warlord, Uesugi Kenshin, prized the tanto due to its outstanding craftsmanship. He used the weapon on a regular basis, thus, eventually called it Kagemitsu Kenshin. 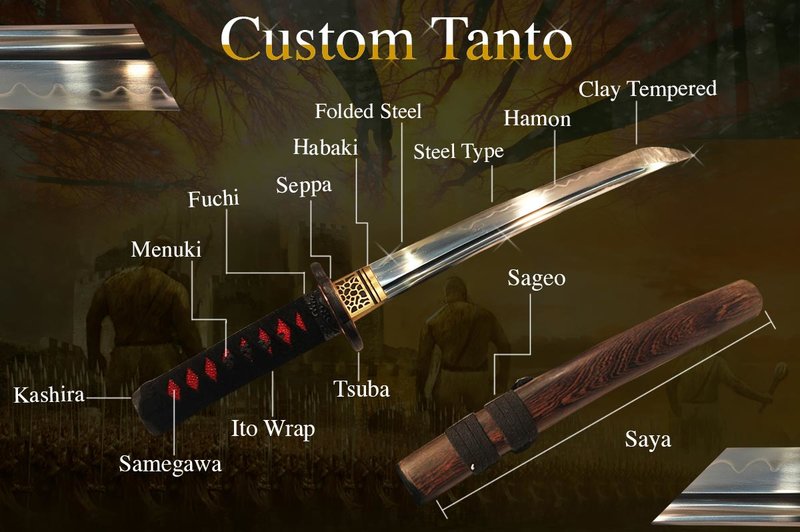 The kaiken is a smaller version of the tanto. It was often carried by women for self-defense. The kaiken was commonly 20 to 25 centimeters long and was either a single or double-edged dagger. It did not feature any ornamental fittings and was housed in a simple-looking mount. They would conceal this in their kimono, either in a futokoro, a pocket-like space, or in the tamoto, the sleeve pouch. If not for self-defense, the tanto would be utilized for seppuku.

Their form of ritualistic suicide was by slashing the veins located on the left portion of their neck. When a samurai woman was married, she was always expected to bring the kaiken with her, especially when she moved in with her husband.

The Tanto and Women

As previously mentioned, women also utilized the tanto, but used a smaller version of it called the kaiken. When they used this for seppuku, it was mainly to avoid dishonor in the form of servitude of an enemy, or rape. When it came to seppuku and men, they commonly utilized their wakizashi. The samurai would disembowel himself or push the blade through his stomach, then up to his heart. 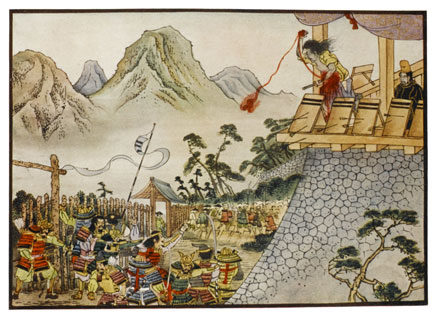 Aside from the kaiken, there were other different types of tanto blades. These were the fan, yari, ken, and modern tanto.

The fan tanto is generally the common piece that has its blade completely concealed in a fan-like scabbard. Often, the blade would be of low quality. This is because it was not designed mainly as a display blade, but a concealed weapon for self-defense. 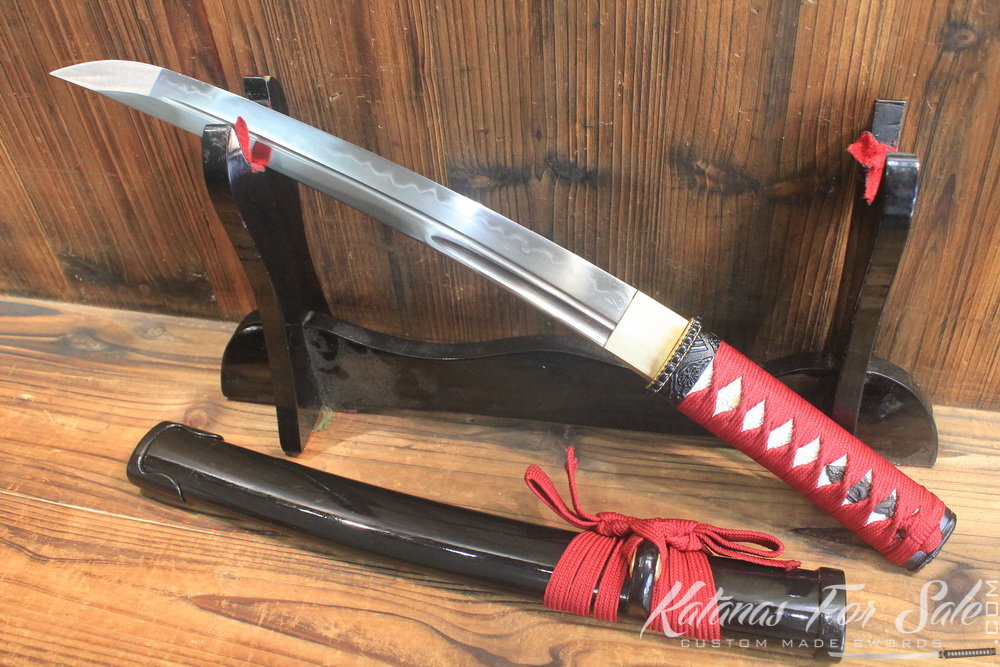 Another type was the Yari tanto. These blades specifically had Japanese spearheads altered, allowing the weapon to be mounted as a Tanto. Compared to most of the blades that were available, it featured triangular cross-sections while its nakago was dramatically shortened to be able to fit in a tsuka that was made for this kind of blade.

A small yari tanto was sometimes wielded as dirks by women. It could also work as an armor-piercing blade that could be utilized by the samurai warrior. Normally, the weapon would feature a triangular cross-section which was different from the ken tanto which instead, featured a diamond cross-section.

The quality of these Tanto vary. This is because some were crafted by swordsmiths, thus, providing a hamon & hada. Others were mass-produced for ashigaru (foot soldiers), leaving them without a hamon. The hi, which is on the flattened side of the yari, was mostly coated with red lacquer.

Another rare type of tanto was the ken tanto. This was generally not the real blade yet was often utilized and considered as one. These were double-edged, and straight blades that were commonly utilized for Buddhist rituals. This type was crafted from spearheads that were cut shorter or broken. These so-called tanto were usually given as offerings from smiths and were often done every time they visited a temple. To prove this, the ken tanto’s hilt was made using a vajra – a twin thunderbolt that is linked to Buddhism. 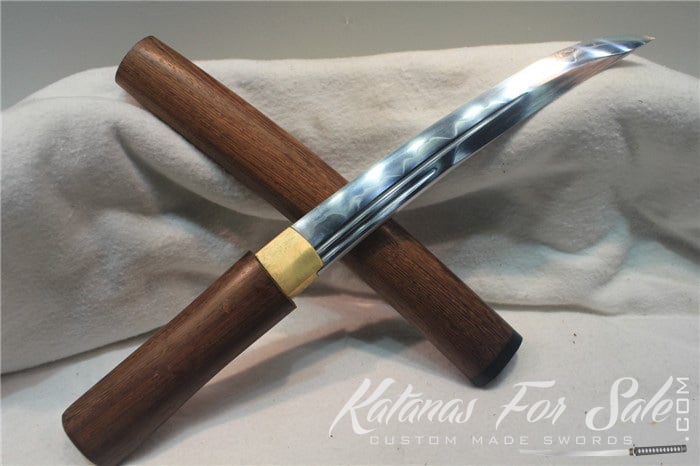 There are also modern-day tanto’s which are the contemporary tactical blades created by knife and sword makers. They feature an American design with a thick spine that goes all the way to its tip. This is to give in increased strength along its tip. The shape of its handle may be slightly altered for improved ergonomics.

We invite you to customize your own Tanto on our website, simply click here or on the button bellow