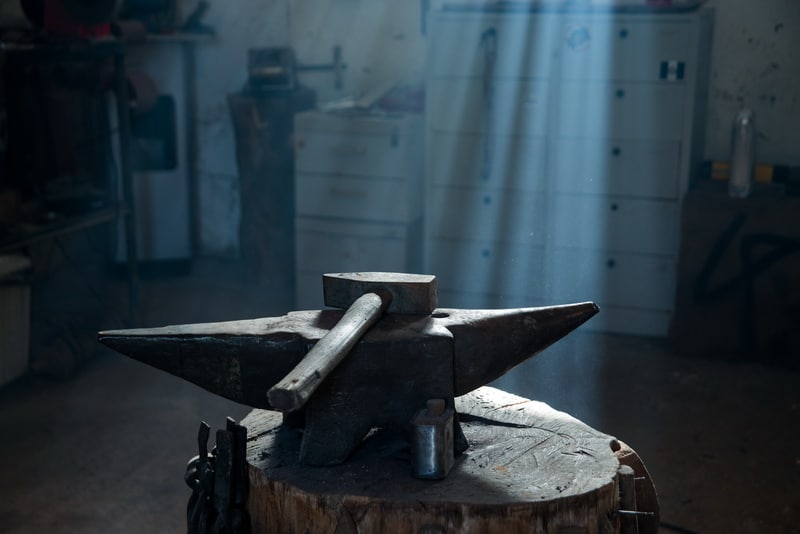 Japanese swords are known for their exceptional qualities, however most of it should be contributed to the great Japanese blacksmiths of all times.

In this post we will cover some of the greatest blacksmith of Japan throughout time.

Where does the strength of a katana come from? For some, it is the art of what they call “glorious Japanese steel”. However, throughout history, the Japanese steel started as one of the worst quality.

What made Japanese steel so well known for its capabilities was the secrets of the Japanese blacksmith with their high dedication and proficiency, they have mastered the art of steel.

Tamahagane is a type of steel made of iron sand, which was commonly found in Shimane (Northern Japan). And, although its name can be translated as “gem steel”, the truth is that it started out as a material full of impurities, which presented many problems and challenges.

Only those great blacksmiths who knew how to understand and tame the Tamahagane were able to use it to create Japanese swords of superior quality.

Here is a list of the most famous Japanese blacksmiths of all time.

The blacksmith of cursed swords

A blade of Katana made by Muramasa in 16th century, in Tokyo National Museum. The signature is “勢州桑名住村正” (Sei-shū Kuwana jū Muramasa). Photo Credits: Wikimedia Commons

Sengo Muramasa is another of the most famous blacksmiths in Japanese history. He lived between the 15th and 16th centuries in Kuwana, and even form his own school: The Muramasa School.

His swords had an exquisite edge, longed for by all nobles. But, far from being a total benefit, this would be the cause of this blacksmith’s swords becoming known as “cursed swords”.

Since his swords were so popular among the high strata of the Tokugawa clan, they were also the main protagonists of all the misfortunes that occurred in it.

When Tokugawa’s grandfather was accidentally killed by one of his vassals, the guilty Katana was a Muramasa.

Another Tokugawa member was stabbed with a Muramasa Tanto.

The Shogun’s own son committed Seppuku with a blade forged by Muramasa.

This type of incidents created a mystical and sinister air around Muramasa’s blades.

From their swords it began to be said that they were cursed. That they were possessed by bloodthirsty spirits. And it was even said that, once drawn, these could not be sheathed again unless they bore someone’s blood; be it that of a rival, a relative, or the bearer himself.

Masamune Goro (1264 – 1343) is the most famous Japanese blacksmith, and is known as one of the best blacksmiths of all time. His creations are legendary. His name, engraved with fire in history. 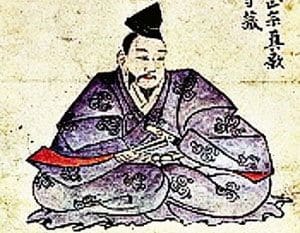 You know that a blacksmith is the greatest of all time when a blade that was only supposedly created by him can cost up to 210,000 USD.

His Samurai swords are said to be superior to all others, both in beauty and quality. He is considered to have perfected the art of “nie” (martensitic crystals embedded in the pearlite matrix, believed to resemble stars in the night sky).

Multiple legends have been told about his swords, attributed with mystical powers, considered imbued by the power of gods.

Unlike the swords of Muramasa, the swords of Masamune were considered “good”. And the creations of both are often compared and seen as a struggle between good and evil.

There is even an old legend that says that one day Muramasa challenged Masamune to see who forged the best sword.

Once the custom Katana swords were forged, both tested the quality by immersing them halfway in a river.

The sword of Muramasa cut through anything that touched its edge, even fish, dyeing the water that passed through it with blood.

Masamune’s sword, on the other hand, had the virtue of only cutting the leaves that passed through it, leaving the fish alive.

Thus, the winner was Masamune, for creating a righteous sword.

You can read a full post about Masamune’s legend here.

The Definitive Guide to Samurai Swords

Wakizashi Sword – The Blade of Honor

The Iga Revolt – Greatest Battle of the Ninja

The creator of the Tachi

Amakuni Yasutsuna is known as the first to create what would be the emblem of samurai for generations: the Tachi

Legend has it that, seeing how soldiers’ swords broke easily, Amakuni set out to create a sword superior to any other.

Thus, he spent months obsessively studying the broken swords of the soldiers; discovering their weak points, understanding the reason behind every crack, every scratch.

One night, a god appears in one of his dreams. And in it, he reveals the key to forging a sword superior to any that had ever existed.

It is clear that, for medieval Japan, such a perfect weapon could not emerge from the mind of a human. It was divine material.

Weeks of hard work later, Amakuni and his son saw the birth of a curved sword, with an edge like no other.

The Tachi was born.

The blacksmith who created swords capable of splitting helmets

Or, at least, this is what was said of him. 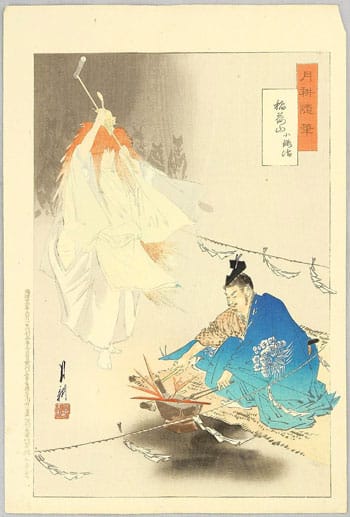 Nagasone Kotetsu was born in Sawayama around 1597 AD. At that time, his name was still Nagasone Okisato. It was not until he took the path of Buddhism that he left the “Okisato” behind, replacing it with “Kotetsu”, the name by which he would be known.

Kotetsu began as a blacksmith of Samurai armor, but ended up switching to the sword forge.

Eventually, Kotetsu began to make a name for himself. And it began to be said of his swords that they were able to cut cleanly through a helmet. Which sounds logical if someone thought of wearing a wooden helmet in a battle, but it would hardly have been the case with a conventional Samurai helmet.

What is certain is that he was a blacksmith who created excellent swords, coveted even by great generals.

Such was his fame that a great variety of falsifiers appeared. Some of poor quality, but some of such good quality that they were identical to the originals. It is said that on one occasion Kotetsu himself closely examined one of these replicas and said “The blade is mine, but the signature is not”.

To this day, knowing how many swords this Japanese blacksmith forged is still a source of debate.

Get Your Custom Made Samurai Sword