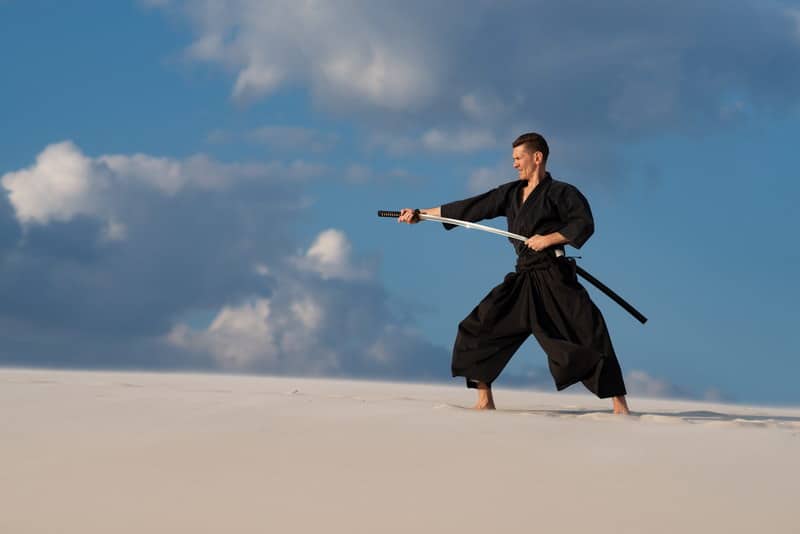 After a long period of war, a mysterious martial art called Ninjutsu came. At first, the technique aims to teach the warriors to defend themselves. Years passed by, it evolved as an aggressive approach to kill the warriors’ enemies.

After Ninjutsu, other techniques were formed: the Aikido, Judo, Jujutsu, and Karate and many more.

The history of Japan had a long period of bloodshed and cruelty. For 300 years, generals, warlords and family clans were eager to win the supremacy in Japan. The two classes of warriors in Japan, namely the Samurai and Ninja, took part in shaping the future of the country. 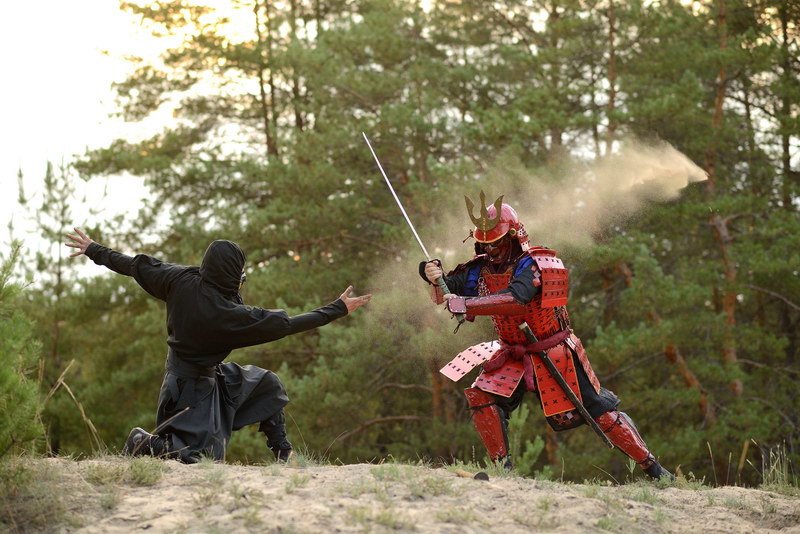 The Samurai came from an elite class of military that follows the code of loyalty. The Samurai follows eight virtues of the code: Justice, Courage, Mercy, Honesty, Self-control, Honor and Loyalty.

On the other hand, the Shinobi was the complete opposite of Samurai, Ninja’s forte is on ambush and spying. They also do not follow any rules. The only code that they have was to get their reward money after finishing the job.

Contrary to the belief of people, the Ninja did not come from the lowest social class. Some Ninja went from the elite class of Samurai who lost their masters in a war that chose to become a Ninja instead of committing Seppuku.  Some of them came from the highest rank, their forte was just for secret operations.

Do Japanese Martial Arts Have a Main Core? 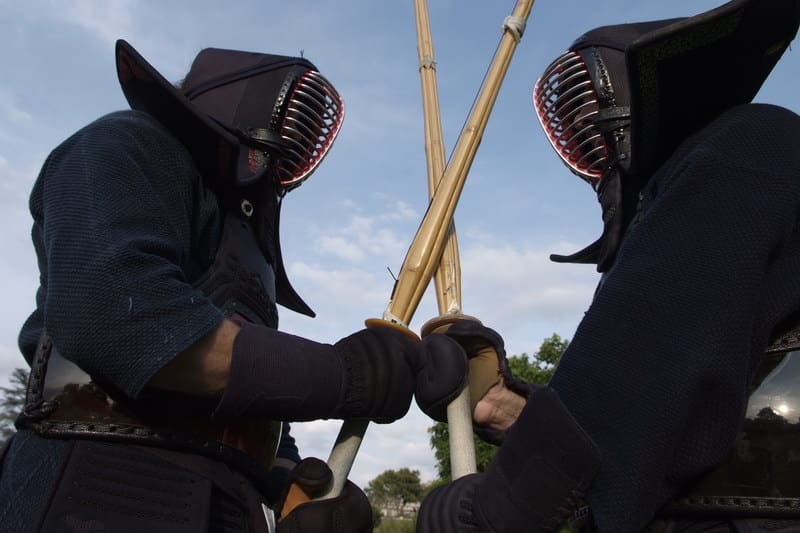 There are three main categories of arts of sword fighting, the Kenjutsu, Kendo and Iaijutsu. These techniques were the core of the Japanese martial arts.

Kenjutsu was a technique that teaches devastating striking methods. Either Shinobi or Samurai can use this method. This technique originated decades of decades ago. This method also focuses on Dai Sho or the Katana and Wakizashi.

Another core is Kendo or the way of the sword; this method technically teaches discipline to Samurai. On the other hand, Iaijutsu prepares and illustrates how the warriors should act during the actual battle.

What Are the Martial Arts Under These Three Pillars?

There are a lot of martial arts that are only designated with a specific weapon; these are: 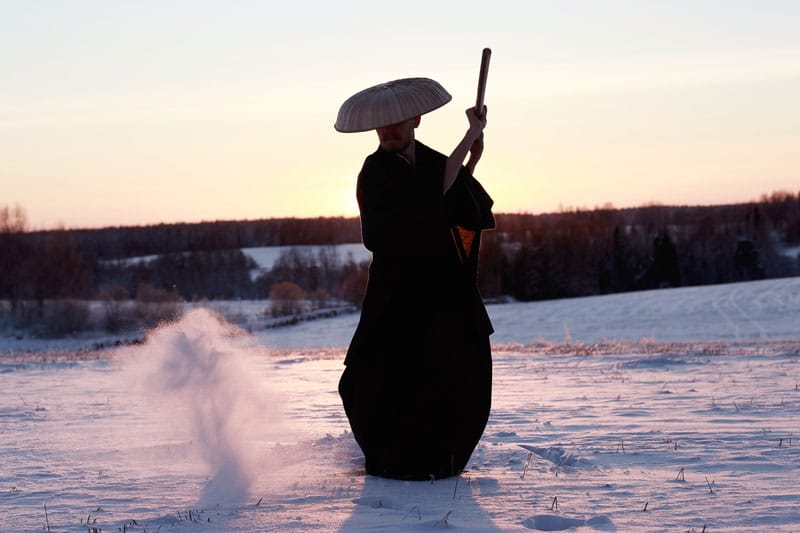 This art of fighting focuses on the use of the staff as a weapon. The Bo means Staff while Jutsu means a technique or a method. When combined, it becomes Bojutsu. Bojutsu involves methods such as slashing, swinging and stabbing an enemy with Bo.

Scholars believed that Asian states already use this method even before Japan discovered it. This technique requires a long piece of hardwood or bamboo as a weapon. The size of this weapon is usually 1.82 meters or 5.96 feet long with 0.8 inches to 1.2 inches thick.

This weapon came from Ishibo. The Ishibo was practically made of stone. The Ishibo made it harder for the warriors to fight since it’s heavy and very unreliable. In the early 1600s, it evolved into Bo with the foundation of Kobudo.

This weapon was initially used as a tool to carry the buckets with harvested crops. 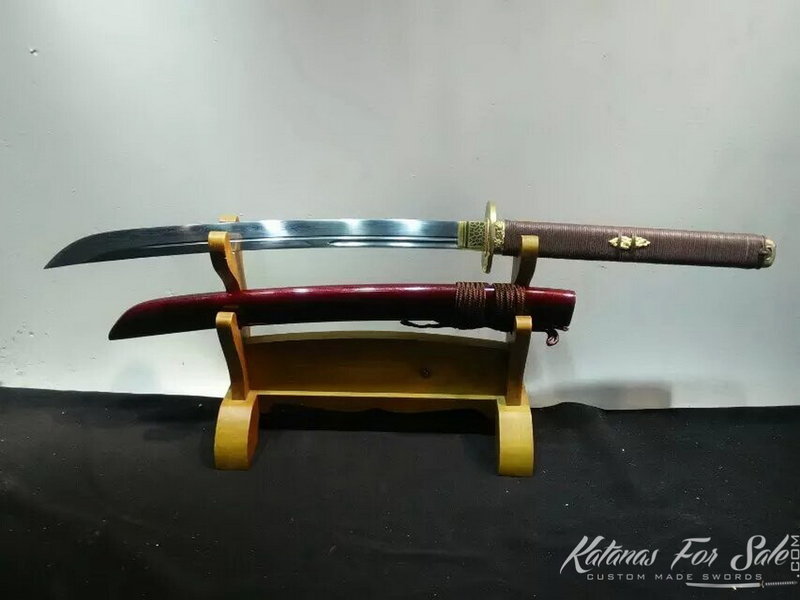 Another technique is Naginatajutsu; this method focuses on the weapon, which is Naginata. Naginata is a long pole weapon with a removable blade that monks and women used to protect themselves and as well as defeat their enemies.

Although there are a lot of debates about its origin, scholars believed that it originated between the 11th century to the 12th century. Then, the weapon became popular during the Genpei war from 1180 to 1185.

The length of the whole weapon is approximately 1 to 2.5 feet, including the removable blade. The removable curved blade size is 30 to 60 centimeters. Women and monks have an advantage whenever they were using this technique. This weapon and method involve swinging and stabbing enemies on the chest. 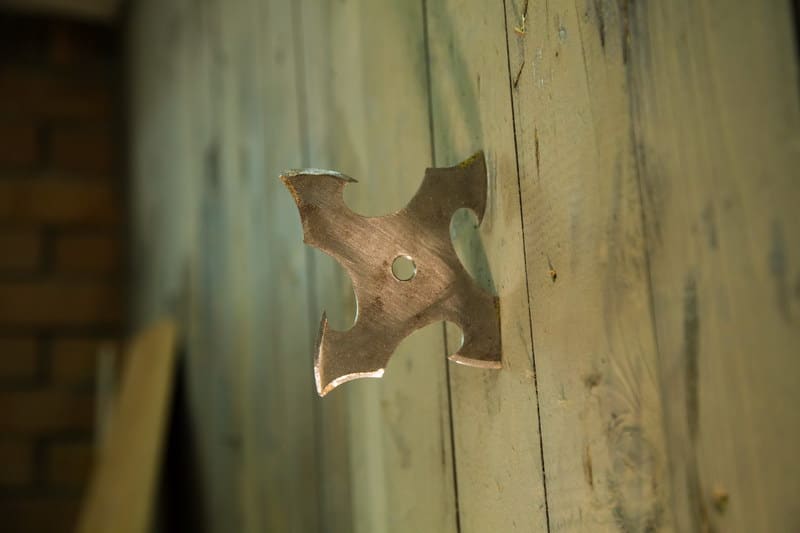 This technique particularly focuses on the weapon of the Ninja, the Shuriken.

The Shuriken has two types, the Bo Shuriken, and the Hira-Shuriken or Shaken. Bo Shuriken is a short steel spike while Shaken is a small star-shaped blade. These weapons are both throwable objects that were practically used by Ninja.

Some believed that this weapon’s purpose was not to kill somebody but to distract them. The Ninja who uses this weapon and technique was most commonly a spy or probably a hired killer.

During Tokugawa’s administration, he prohibited the use of this technique; but he failed. In fact, many became so curious; hence it became prevalent during his era. Today the Shurikenjutsu is still alive but for sports only.

Tessenjutsu is a technique which requires the use of Tessen or the solid folding iron fan. Unlike other weapons that aim to attack enemies, this weapon aims to defend the users. But some said that experts could use it as a weapon.

In the 16th century, Sasaki Kojiro, an expert using this fan killed many enemies by just using it. Some said that he targeted the joints of his opponents that killed them immediately. This weapon was also used by hired killers who wanted to kill somebody without leaving a trace.

Hojojutsu is a technique that requires the use of rope as a weapon. This technique has two types, the Hayanawa or fast rope and the Torinawa or the capture-rope.

Hayanawa focuses on grabbing the enemy fast. This method was commonly used for kidnapping. On the contrary, Torinawa is a technique which thoroughly tying its enemies. The military men usually use this method to completely restrain the prisoner. 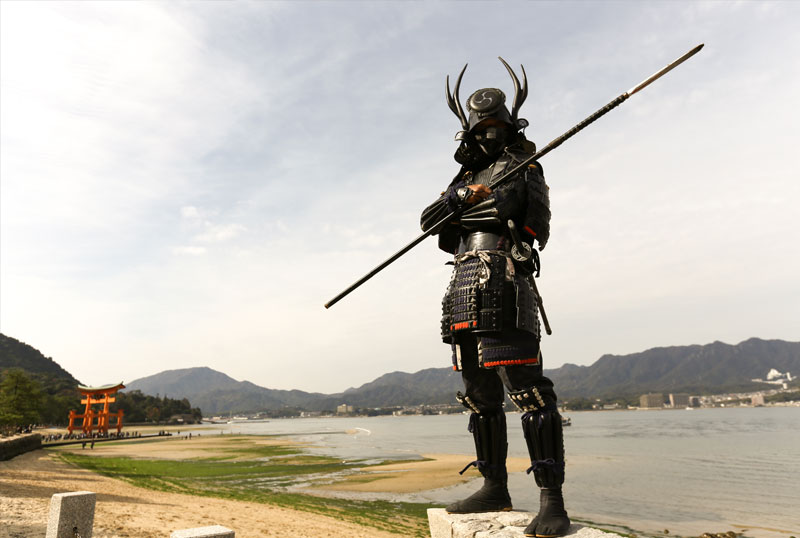 This technique involves the use of the Japanese spear which is the Yari. The foot soldiers or Ashigaru used this technique since they have the advantage of using it, unlike soldiers who ride a horse. This technique was specifically thought with Samurai who has low budget to buy their weapons.

The first appearance of the weapons and the technique was during the Nara period. Like Naginatajutsu, this method involves stabbing and slashing attacks against the enemies.

Kusarigamajutsu or Sickle and Chain

The technique was said to be developed during the 14th century; the method requires the Kusarigama weapon. Kusarigama was the Kama but with chains at the end of the handle.  Kusarigamajutsu is a method that uses Kusarigama to capture its enemies by swinging the chains and cutting its head.

Tantojutsu is another traditional technique that uses Tanto or a dagger. The Samurai use this method whenever they are in close combat. Aside from the aggressive approach, this technique can also block longer weapons that’s why Samurai prefer this over others.