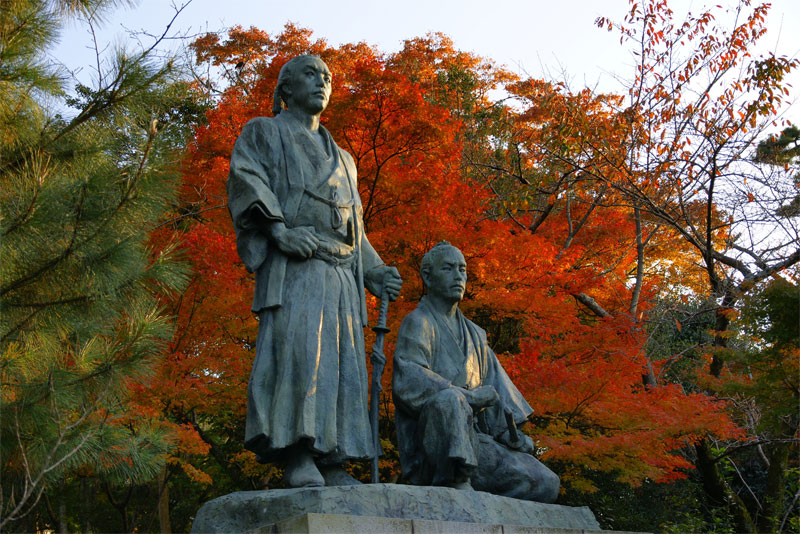 The samurai were not considered as mercenaries. They were not fighting machines who roamed Japan to engage in skirmishes for any warlord who would pay or reward them. These virtuous warriors were bound to their people by honor and duty.
This specific code of honor followed by every samurai warrior is called The Bushido. This comes from the term “bushi’’ which literally means warrior, while ‘’do’’ is a Japanese word that means ‘’the way’’. Together, bushido means ‘’The Way of the Warrior’’.

The code developed from an earlier time when the samurai warriors were mainly archers and horsemen. The devotion and discipline required to master these skills, and to have a special bond with the warhorse led to the “Kyuba no Michi’’ which means ‘’Way of the Horse and Bow’’. 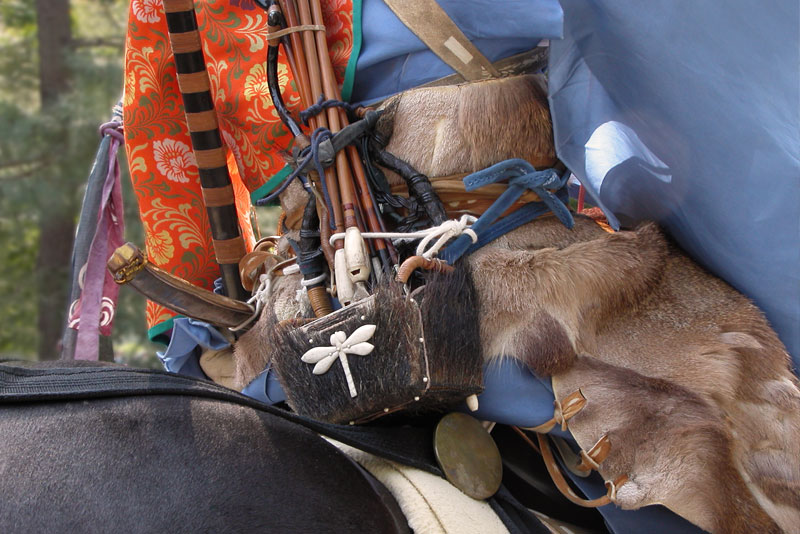 The Bushido – Way of the Warrior

The Bushido is a strict warrior code of ethics that the samurai possessed. This allowed them to grow as some of the greatest warriors of all time. Yet despite this, there were various manifestations and roles of this system. Two prominent samurai warriors have documented these in two of the most recognized books ever written: “The Book of Five Rings” by Miyamoto Musashi and “Hagakure” by Yamamoto Tsunetomo.

The Bushido is commonly treated as an ethical code set to a specific standard. This study suggests that the Bushido was not really a collection of moral laws, but was represented and demonstrated differently by every samurai warrior. Generally speaking, The Bushido was a guideline that was quite similar to religious rules.

You can say that it was a pathway that an individual should follow as much as they could. However, history clearly exhibits that this all depended on the situation and state in which a samurai warrior lived.

Vivid Collection of Wakizashi of Sale

In the 12th century, the life of a samurai warrior was filled with battles as they fought for their masters or lords. They utilized The Bushido in a practical manner which was completely different from their way of living during the earlier period, specifically around the first half of the year 1800. In the past, these samurai warriors would follow the Bushido to keep track of their master’s business operations instead of fighting.

Due to the completely contrasting conditions, the Bushido has constantly developed through time. It only proves that this was more than just an established ideal and was a very deep & personal code. Like a lot of Japanese individuals of that time, the samurai warriors also followed the religious teachings of Buddhism, as well as the practice of Shinto – the native belief system of the country. 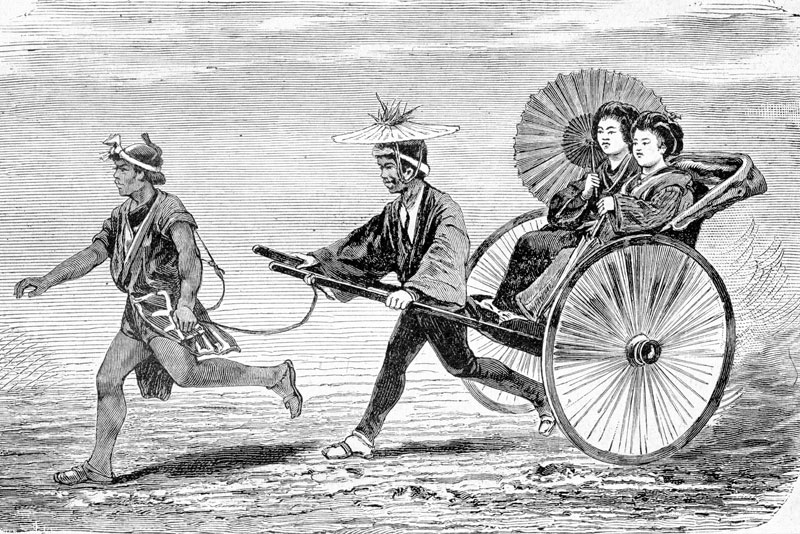 Shinto is a vital part of a samurai’s life. It gave them something to fight for while Confucianism incorporated a number of rules they followed. However, it was Zen Buddhism that provided their moral compass which turned them into spiritual warriors instead of a murderous, bloodthirsty brute.

Shintoism provided positive ideals to The Bushido which Buddhism wasn’t able to offer, thus, completing the code of ethics. Devotion for ancestral memory, loyalty to the supreme ruler, and filial reverence were sufficiently instilled by the Shinto doctrines, conveying passivity to the supposedly arrogant character and individuality of the samurai warrior.

Patriotism and nationalism are vital elements of Shintoism which can be clearly seen in the samurai warriors. This is because they represent loyalty to their homeland and their family. These diverse influences shaped and improved the warrior code of the Bushido.

Buddhism originally began in India during the 5th century BC and eventually expanded to the Far East. In the 8th century AD, a kind of Buddhism called Chan reached the seas of Japan and was welcomed by the Japanese who referred to the religion as Zen. This was completely distinct compared to the other Buddhist sects. This is because it placed more significance and importance of achieving enlightenment through meditation. 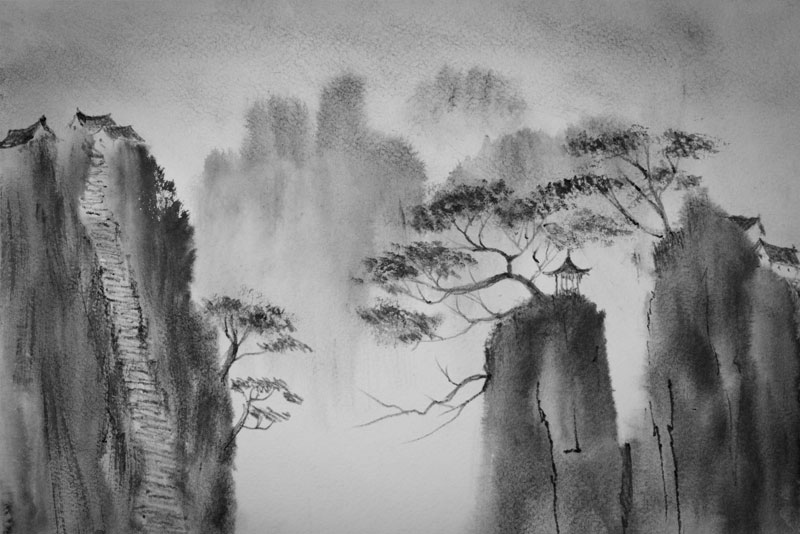 With the focus on sovereign effort and discipline, Zen was generally suitable for warriors who required an abundance of skill and courage on the battlefield. The primary goal of Zen is to achieve spiritual awakening, as well as the realization and accomplishment of Buddha. However, the composure, calmness, and concentration promoted by the practice of meditation were extremely practical, even to the most unenlightened and confounded samurai.

In the past, a great number of samurai warriors practiced meditation: they either engaged in this alone or under the tutelage of Zen monks. The entire practice of meditation required the samurai to have a great deal of concentration which eventually turned into a guiding principle for military discipline and martial arts.

The samurai warriors were able to benefit from these Zen meditation practices since they were able to focus all their mental faculties, allowing them to become better and more efficient warriors. There are a number of accounts that describe how these samurai took advantage of the Zen mindset to remove every possible distraction, allowing them to utilize their minds over matter.

Steel Secrets: How to Choose Steel for Your Samurai Sword

The Similarities between the Samurai and Zen Monks

Let us briefly determine the similarities between the Japanese samurai and Zen monks. First, both of these individuals are required to practice strict discipline. They also need to endure deprivation, challenges, and hardships without complaining. A short story clearly exhibits that self-sacrifice is of great importance when it comes to the Zen discipline.

The martial aspects of this religion were promoted by the Buddhist monk named Eisai. He believed that the practice of Zen could protect Japan’s entirety from the threats of outsiders. Although Eisai, along with other monks, believed that violence was required at times, they considered that this should only occur when deemed necessary. One should never take part in any form of brutality for the sake of violence.

Second, the known honest poverty is a distinct trait that both the samurai and monks have. To become wealthy by unworthy means is strictly against the rules of The Bushido. With that, the samurai warrior would rather starve than to live with resources that are undeserving of his dignity and honor.

Third, both the samurai and Zen monks were renowned for their dignity and decency in manner which at times, appears as rudeness. This is only due to the challenging form of discipline that they have gone through.

Lastly, the samurai encounters and faces death with unyielding courage. He would never turn his back on the enemy and would fight until his last breath. To be called a coward or wimp would be the ultimate form of dishonor and was worse than death.

Shinto, Confucianism, Zen, and The Bushido

The Bushido Warrior code of the samurai was a combination of Confucianism, Shintoism, and Zen Buddhism. Though the samurai warriors strictly followed this code from the beginning, it was not systematized until after the Sengoku period during the 17th century. Aside from the individual aspects that each philosophy offered to the samurai code, there were other elements that were unique to the Bushido, specifically the practice of seppuku.

The practice of seppuku was greatly influenced by Confucianism. When a samurai brought dishonor to his family, his lord, or himself in any way, it was required of him to commit a ritualistic suicide through disembowelment. Also, upon the death of his lord, a good samurai was expected to take his life as well. The Bushido aided and formed the samurai warrior to acquire the discipline that they need. It prevented them from assaulting the lives of innocent people during any military campaigns. 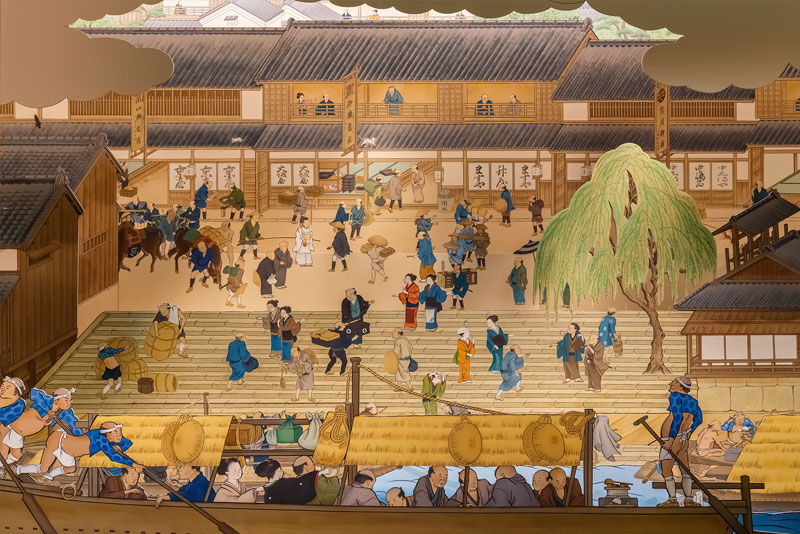 According to a large number of military historians, the samurai are considered as the most elite warriors in history. Though it is definitely true that these individuals excelled in battle and were proficient with a variety of weapons, the true secret to their excellence goes all the way down to their belief system.

At the heart of their beliefs was their honor code called The Bushido; however, it was just a result of the most vital philosophies and religions that these warriors strictly followed – Zen Buddhism, Confucianism, and Shintoism.

The beliefs of Shinto greatly linked the samurai warriors to their land and people, whereas Confucianism educated them to respect authority and developed a political and social hierarchy of the country. Lastly, Zen Buddhism taught the samurai the important morals that let them grow into effective warriors who did not commit any atrocities that would stain and dishonor their name. The religion also allowed them to focus on combat while simultaneously practicing the timeless aphorism of mind over matter.