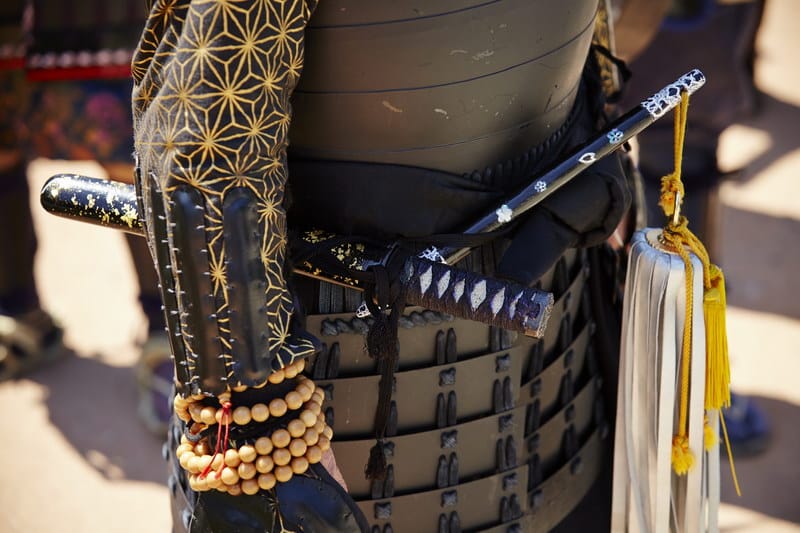 Konishi Yukinaga is one of the few people who is willing to always stand against the tide. He stood for his different spirituality in a Shinto and Buddhist nation. He also fought in wars both foreign and domestic.

A wealthy merchant named Konishi Ryusa was the father of Konishi Yukinaga. Yukinaga was then given for adoption to one of the Samurai under Ukita clan. The Ukita clan was against Toyotomi Hideyoshi, the replacement of Oda Nobunaga. Yukinaga served the Ukita clan as a negotiator for peace between Ukita and Hideyoshi in 1577.

Hideyoshi, who was trying to unite Japan found Yukinaga as an asset for his goal. He decided to offer Yukinaga employment along with his father in 1581. His father became a fiscal manager and he fought under Hideyoshi for years. 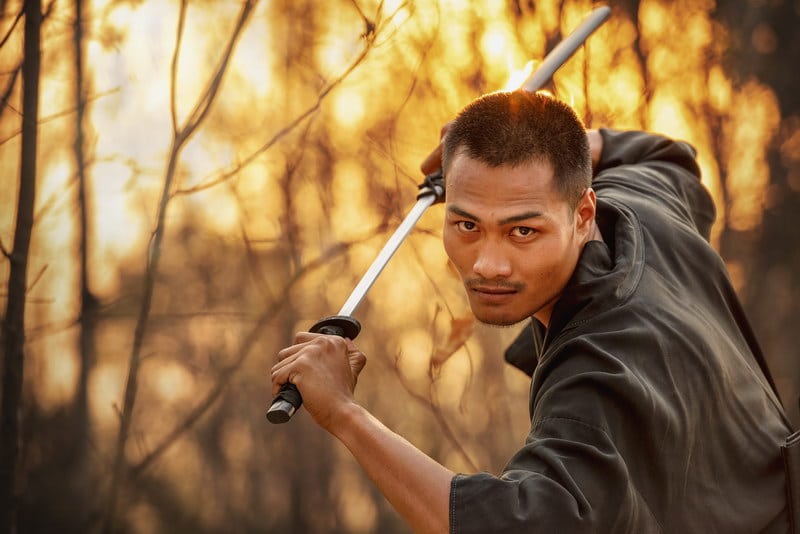 He, his wife and father later converted to Christianity in 1583. He became known to Portuguese and Spaniards as Dom Agostinho Konishi after his conversion.

The Invasion of Korea

Toyotomi Hideyoshi selected Yukinaga to spearhead the invasion of Korea in 1592. He and his 18,700 men assembled on Tsushima (The small island between Korea and Japan) and waited for a good weather to strike. They then launched a surprise attack using the cover of thick fog. The ambush left the walled city of Pusan incapacitated.

Their Samurai sword training paid off. Yukinaga swiftly captured South Korea in just a short period of time. He rallied with his troops to Pusan (Now known as Busan) and Seoul. The commander of the Pusan military easily saw the landing troops. But in some accounts, it says that the commander came late. When he found the city in ruins, he ran toward the battle with only few of his men and died there.

Where Bushido and Christianity are Alike

Yukinaga was successful in bringing Korea to its knees. Though he liked the glory, Yukinaga didn’t like the brutal treatment that some Koreans are experiencing. He opposed the bad practices of his men because it is against his faith as a Christian. One of the greatest commandment in the Bible is to love your neighbor as yourself. 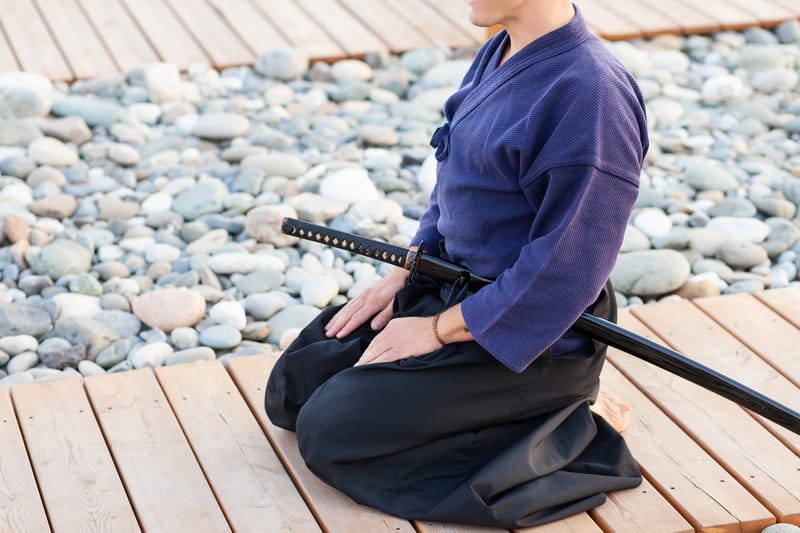 The Japanese was struck by a series of unfortunate defeats. Ming government’s alliance with the Koreans is one of the things that hurt them. Ming decided to join the war because they don’t want the Japanese to reach the Chinese soil. So, Korea and Ming launched an attack that made Yukinaga’s army leave their post in and retreat to Seoul.

Most of the soldiers also defected to survive because the Japanese food supply became insufficient. This put Yukinaga’s best skill into good use again. If he will not do something, they will surely be wiped out. Politically speaking, if Hideyoshi loses more resources, the others who want power over Japan might overthrow him. For this reason, Yukinaga contacted the Ming forces and proposed a truce.

The Samurai Bow and its History – A Beautifully Accurate Piece

Unfortunately, after months of negotiation, the truce didn’t work. The Chinese chose not to meet their demands. Instead, they required Japan to give some of their islands to Korea as a reparation for the damages. Hideyoshi is going to be declared as the king of Japan only if the order is met.

This appeal angered Hideyoshi because the demand made it look like he’s not the king of Japan yet. Toyotomi Hideyoshi looked for Yukinaga to behead him for suggesting the truce. Fortunately, Yukinaga was still deployed back in Korea. Hideyoshi ordered the second invasion in which Kato, the archrival of Yukinaga is the spearhead.

The general of the second division for the invasion of Korea, Kato Kiyomasa, had a rivalry with Yukinaga. Most history books written about the war record this rivalry. Competition between the two started mainly because of their different beliefs. Kato is a Buddhist while Yukinaga is a Christian. 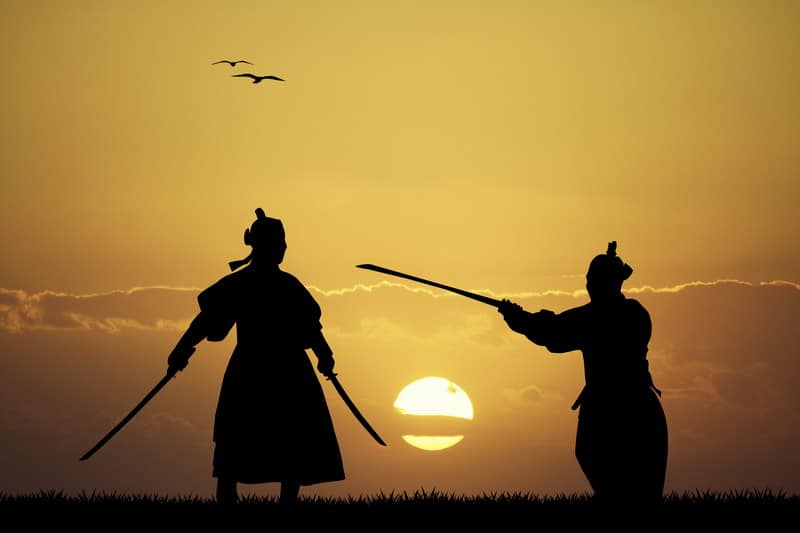 Their ways are so different from each other that they often find each other in both ends of the spectrum. Most people like Kato’s ruthlessness, but not Yukinaga. There is even an instance where Yukinaga drew his sword ready slash Kato because Kato mocked him.

This betrayal of Yukinaga against Kato is just a great proof of how ugly this rivalry was. The two generals are fighting for their own country, but they are at war with each other.

Toyotomi Hideyoshi died in his sleep in August 1598. The Japanese forces retreated because of it. Yukinaga thought that the war was over, so he went home not knowing that a civil war is going to break out.

Two factions arose. The first one was led by Tokugawa Ieyasu of the eastern army while Ishida Mitsunari led the western army. Both are fighting for dominance over whole Japan. Yukinaga sided with the western army and joined the Battle of Sekigahara.

The western army created a battle plan to beat the eastern army, but it didn’t work. As many as 32,000 soldiers of Ishida died in the battle. Most of the soldiers changed sides and some of them committed suicide. Yukinaga, on the other hand, decided not to kill himself, primarily because suicide is against his belief as a Christian.

Yukinaga’s refusal to commit suicide was already expected since they know him as someone zealous of his faith. His former ally in the invasion of Korea, Kuroda Nagamasa, forced him to surrender. His rival, Kato Kiyomasa, took his land and operational control. Ieyasu executed him on Nov 6, 1600.