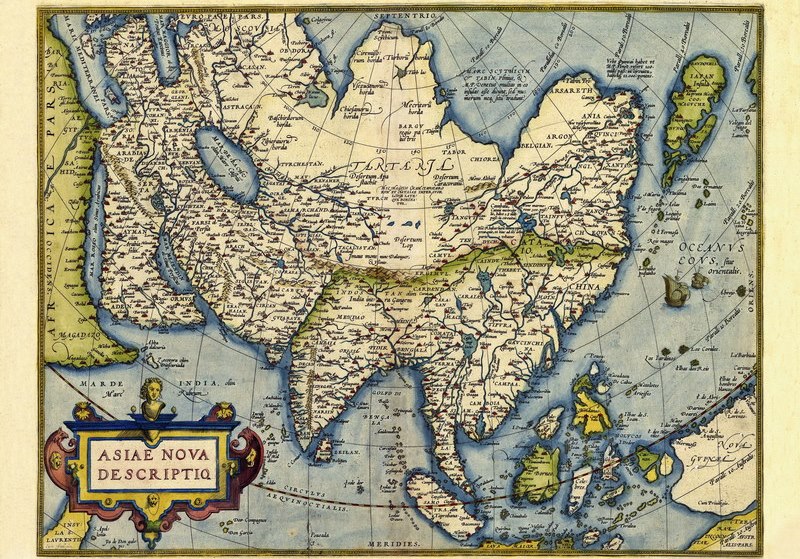 The Dan no Ura is the continuation of the Taira and Minamoto clans series of battles that starts at Ichi-no-Tani. It comprises the grand Genpei War of the rich Japanese history.

It has been weeks after Yoshitsune came back to Kyoto. This was after Taira was defeated at Ichi-no-Tani and fled altogether and inhabited in Yashima.

The Taira clan got another surprise when Minamoto Yoshitsune raids the Taira in Yashima, pushing them to flee on their ships and sail on to the open sea altogether. It was on April 25, 1185, that Minamoto finally caught up with the Taira on the coast of Dan-no-Ura.

During that time, Minamoto troops were bigger in number, having approximately 830 ships on their fleet. While on the other hand, the Taira clan has lesser troops, specifically with an estimated 500 ships with them. However, they have way better naval tactics and strategies than their rival. Taira’s young six-year-old Emperor named Antoku together with his mother, Tokuko and his grandmother, Tokiko joins the Taira troops.

This is one of the most important battles in the Genpei War as this is the culmination of the Taira clan’s long sovereignty over Japan and the rise of their revenging rival, Minamoto clan. After this battle, Yoshitsune’s brother established the popular Kamakura shogunate, a Japanese feudal government. 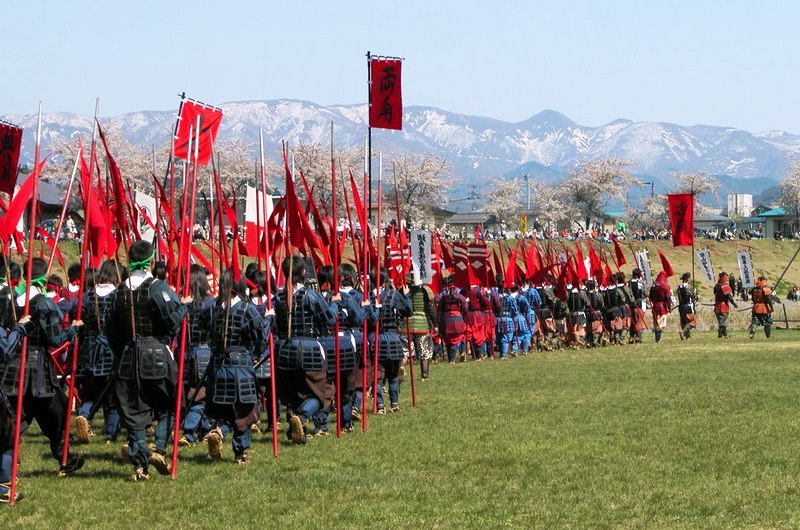 The Taira troops split into three groups but Minamoto attacked as one. The battle started with exchanges of long-range bow and arrows until the Taira started maneuvering towards the tides to surround the Minamoto ships in a ploy. Right away, they were able to reach their ships and the hand to hand combat with daggers and swords ignited among the rival troops.

But soon, The Minamoto troops at this time were gaining their momentum in the battle already. everything changed. The riptide reversed and the Minamoto troops got on the upper hand and took over the Taira clan. 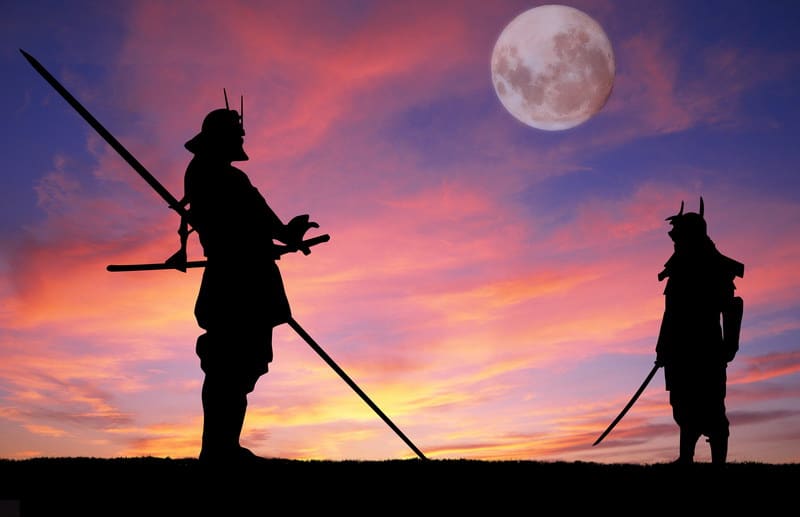 Betrayal in the Taira Clan

The Taira, with nowhere to go and got nothing to lose, fought fearlessly. But when the tide overturned and they are being hopeless seeing that the battle’s fate is turning against them, one of the battle’s key turning point happened.

Taguchi Shigeyoshi, the Taira general, forsakes the Taira clan and becomes the renegade to lead the Minamoto on the ship where Emperor Antoku was on board. The Minamoto troops isolated the Emperor’s ship and pounced on it amongst other enemy fleets.

Seeing how heartbreaking the battle has turned out for the Taira clan, many tried to escape, and some threw themselves into the sea, while others committed suicide not wanting to die in the hands of the Minamoto enemies. 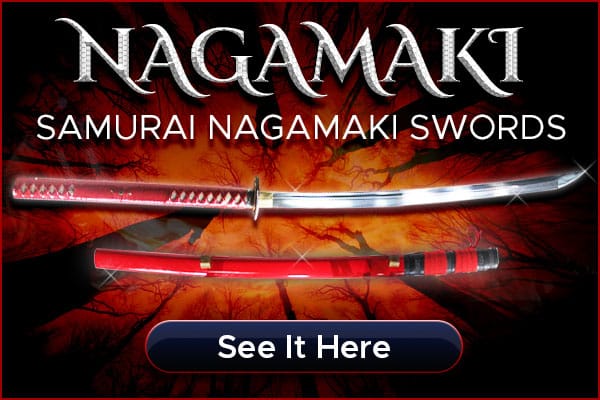 The Battle Concluded with Many Suicide and Deaths

Emperor Antoku together with his grandmother Taira no Tokiko (widow of Taira no Kiyomori), jumped off board their ship, drowned themselves and died. Also,  they were holding on with them a sword and a jewel completing the three-parts Imperial regalia.

Tokuko, Emperor Antoku’s mother, was unsuccessful in her suicide attempt. The Minamoto troops pulled her out of the sea alive and brought her to Kyoto. She became a nun in Jakkoin Temple.

One heroic general of the Taira clan named Tomomori, even severely wounded already, was able to tie himself. He jumped and drowned at the bay of Dan-no-Ura.

In addition, Japanese legends state that some Taira clan survivors of this battle fled to the high hills and built hidden villages that remained for centuries.

All in all, this battle concluded in a significant defeat of the Taira clan surrendering their power and control over Japan to their rival Minamoto. Minamoto no Yoritomo, the brother of Minamoto Yoshitsune (who is the greatest warrior of this Dan-no Ura battle), became the first shōgun, establishing Bakufu, a military government in Kamakura.

In The Straits of Shimonoseki there is Heike crabs believed to hold the spirits of the brave and departed Taira warriors that have fallen during the battle in Dan-no-Ura. The Heike is a term relating to the well-known Taira clan explaining the said name for the crabs.

In the sea by Tokiko it is said that the sword and the jewel of the imperial regalia were tossed. His emperor grandson’s body is recovered by divers when they jumped to their deaths during the Dan-no-Ura battle. Now, the sword is inside the Atsuta Shrine. 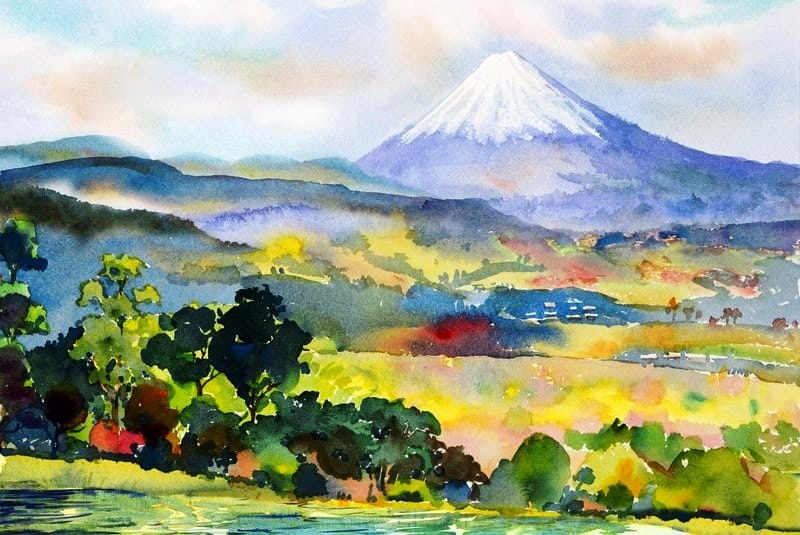 In modern times, a Kanmon Bridge is in Dan-no-Ura. Mimosuso River Park is now standing in the free space on its riverbank. It shows the perfect view of the ancient Dan-no-Ura battlefield. It is now one of the good tourist spots in Japan especially as statues and monuments have been set up around it, reliving the memories not only of the Dan-no-Ura battle but of the Genpei War at large.

Another very interesting show entitled “History experience picture stories” runs for free in this location everyday. Through this, they are able to showcase the battle of Dan-no-Ura and explain it in a simple way that everyone can easily understand and enjoy. 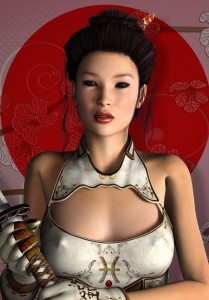 The movie Kwaidan features the Dan-no-Ura battle in the year 1965.

Carl Sagan, an astronomer, and Pulitzer Prize-winning author, presented in his book and television series Cosmos a very brief and dramatic account of the Dan-no-Ura battle, specifically in its Episode 2 entitled, “One Voice in the Cosmic Fugue”. He also uses here the Heike crabs as examples of the science of selective breeding. To which he gained a lot of critics into.

Studio Ghibli released an anime film called Pom Poko, where the character who is an honored shape-shifting Tanuki master was an eyewitness of the Dan-no-Ura battle and happily tells the Tama Tanuki of his adventures there being responsible for the initial crucial shot when he was disguised as one of the mounted archers.

In a Japanese remake of a western movie “A Fistful of Dollars” entitled Sukiyaki Western Django, the battle of Dan-no-Ura has become part of it and referred to as an important backstory of the film.

The Dan-no-Ura battle is narrated in the Usagi Yojimbo’s Grasscutter story.

Also in Angolmois: Genkō Kassen-ki, which is a Japanese anime, the Dan-no-Ura battle depicts as a historical flashback. But in here the story provides a different side to the battle’s story. As in here, they let the young emperor survive the sea.

The battle of Dan-no-Ura is one of Japan’s great battles as it has a huge impact on Japanese history. This is the reason why it is still seen in various arts and film nowadays.