Skip to content
Japanese Military Swords
Posted on November 2, 2016 by Katanas For Sale 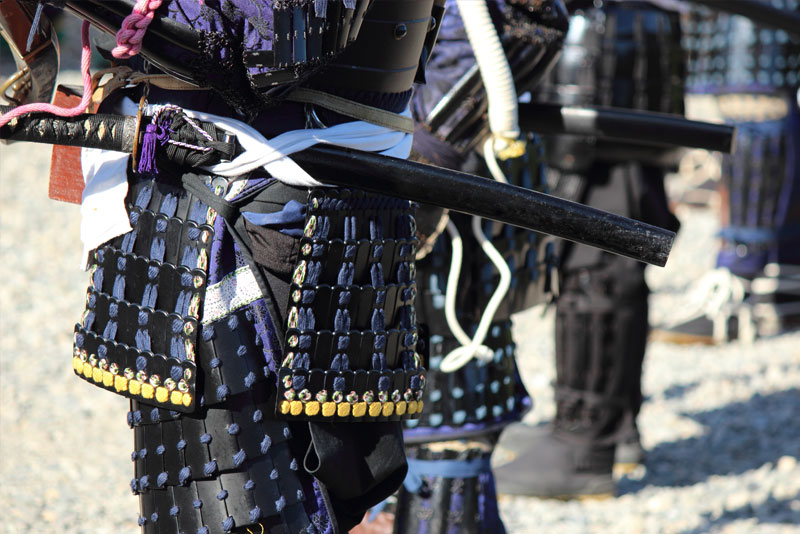 Japan has a rich history when it comes to the use of swords. It was said that history shows that as early as 300 B.C., the people of Japan fought using straight blade swords. These swords were spiritual symbols of the Samurai. A Japanese sword is defined by its maker.  In the early military period and up until the 1930s, most of the swords that officials carry were those that belong to their family. Japanese Military Sword of the 1930s were mostly Western inspired. With the new nationalism swordsmiths were inspired to create traditionally made Japanese Military swords. These swords were from the Showa era and referred to as Showa-to. By the late 1930s, Japan engaged in war against China which created a huge demand for Japanese Military swords. Some sword makers from Seki, Tsubame began producing non-commissioned officers or NCO Japanese Military Sword. These swords were made by machines and wrapped with sheet steel head while a hot sticky iron bar was press on it. These are Gun-to swords which are not categorize as original Katana sword. This must be remembered by those who wish to collect these swords that are part of those used by Japan military men.

Shin-gunto was used by army officers’ swords. Late in the war era, there were two styles of Shin-gunto mounts and these are referred to as marine mounts. This was the most common Japanese Military sword during World War II. The scabbards or Saya were painted with brown metal however; it was not uncommon to see those in other shades of color like: blue, black or navy blue. Many of these swords were not considered as non-traditional made swords. Collectors view this as military relics just like Katana sword. However, the latter is still held in high regard than the former. Simply put, Shin-gunto is not art swords. Even if blades during this period were handmade the methods use are not traditional. These are classified depending on the method of producing it which includes: Showato, Muratato, Mantetsuto, Yotetsuto and Hantanzo. Swords that follow traditional methods were either Gendaito or Kindaito. 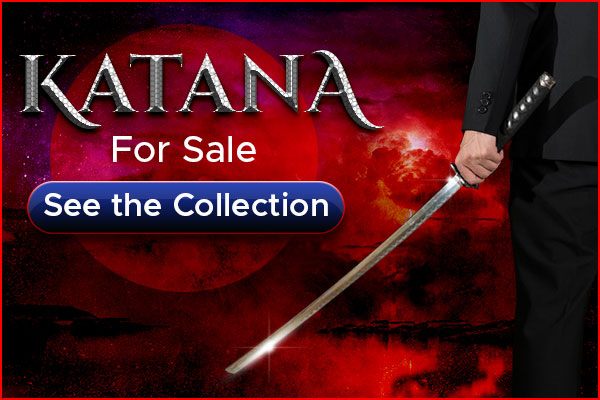 Custom Wakizashi: The Making of a Daisho

The Secret of Steel: Sword Making in the 21st Century

Prior to 1945, non-commissioned officers use Japanese military swords that have metal tsukas or handle. This looks similar to the traditionally made Shin-Gunto swords. Some models has unpainted copper hilt while some of these were made of aluminum. These Japanese Military sword has serial numbers on its blades. All of these are machine made without an exemption. These serial numbers were simple manufacturing numbers that were used for inventory purposes. These are not like the serial numbers of blades issued for officers. Japanese Military Swords owned by officers has all original serial numbers on the blade, tsuba, saya and all other parts of the sword. By 1945 this sword was changed to a simple wooden hilt with incised cross hatching. Blades in these mounts are all machine made. A shin-Gunto sword has colored tassels. The officers ranks can be distinguish through the color of these tassels. NCO swords have leather sword knot.

These are Russo Japanese style mounts. These were used by Army, Navy and Calvary during World War II. This style was used from 1883 until 1945. This sword was similar to that of Shin-Gunto. The mounts are similar to Kyu-Gunto swords though. Variations are found in the way the scabbards are made which includes the use of chromed metal, leather covered wood or even lacquered wood with brass fixtures. To be able to distinguish between hand forged and machine made, the former has elongated hilts and mekugi or pegs while the latter lacks mekugi and are machine made chromed blades. Because of the differences in style of Kyu-Gunto it is often confusing. One way of distinguishing this is to keep in mind those naval Kyu-Gunto Japanese military swords has no side pieces while those used by armies have side pieces and emblem. These swords use the ball type corded knot.

When Japan occupied various territories from the 1930s until 1940s, special issued swords were given to colonial occupation officials. These were basically Kyu-Gunto swords with some modifications made onto it. Each of these colonial regions has its emblem on the backstrap and sides of these backstrap. This emblem represents the region where these swords came from. Generally, these colonial swords were machine made with etched hamon and chrome plated blades. The saya was chromed or leather with brass mountings. Hand forged blades can be found in colonial mounts. 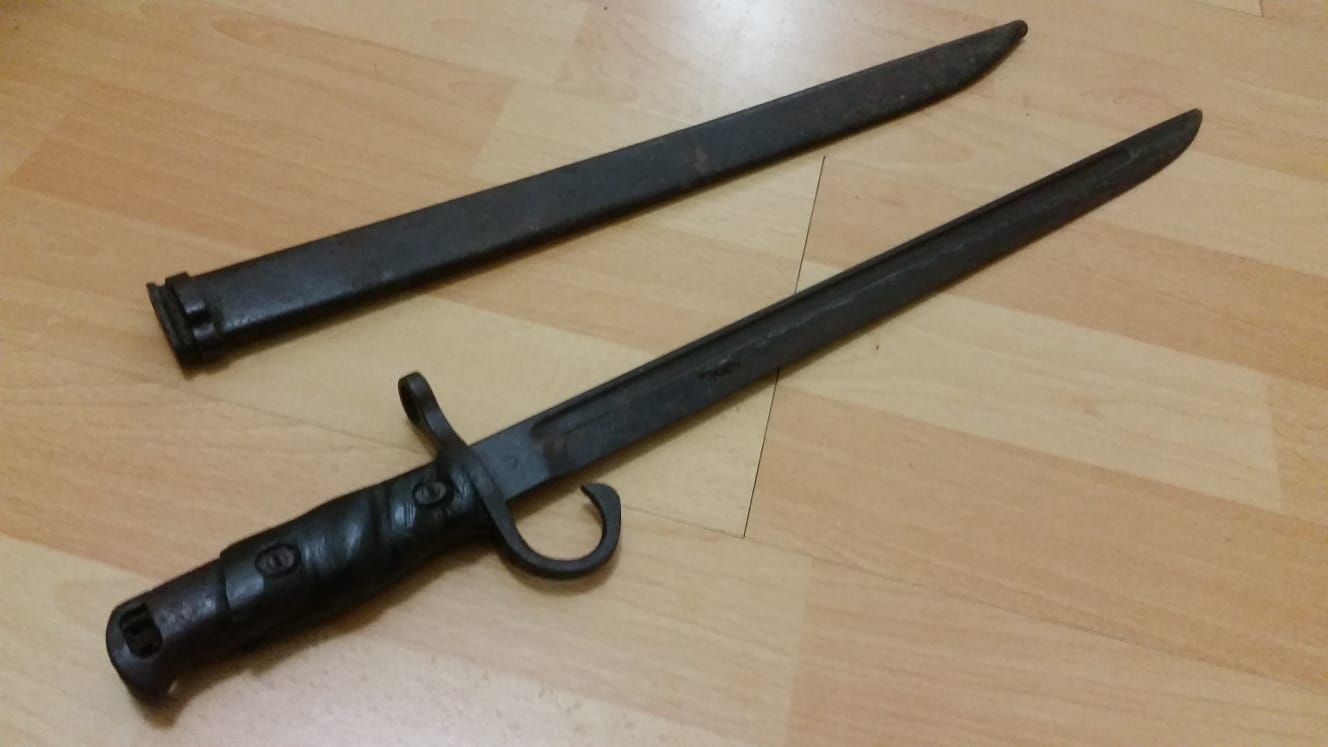 Kai-Gunto was issued to Japanese Naval Officers. This has rayskin covered saya that has lacquered scabbards. Some of these have single hanger or ashi. The metal mounts were gilded brass. Some of these blades were machine made while others are made traditionally. Blades for the Japanese Navy are sold through the Tenshozan store. These are marked with anchor stamp. Other source of blades for the Navy includes those that are from the Toyokawa Naval Arsenal. Stainless steel blades are all machine made.

These swords include those that are used for Army Court. These swords have striking similarities to Western Fraternal organization swords. Just as the Samurai wore their Katana sword with great dignity, high ranking army officials use these for full dress events. Basically, the design was the same as those of the Japanese diplomatic sword. These has dragonfly on the pommel. Some styles carry a sunburst design on the clam shell guard while others sport the Chrysanthemum. These were issued to field grade and general grade officers. The diplomatic swords on the other hand were for consular grade diplomats. These swords are with straight double edged blade that has floral engravings. The hilt and scabbard fittings are of gilded brass. There are several variations between Army and diplomatic swords. Todaijiyama sword is an ancient sword that shows the relationship between China and Japan. The inscription found on it is an important source of ancient diplomatic relations between China and Japan showing the domestic politics at play even before the diplomatic swords were given to officials. There is so much to learn about Japan from these weapons alone.