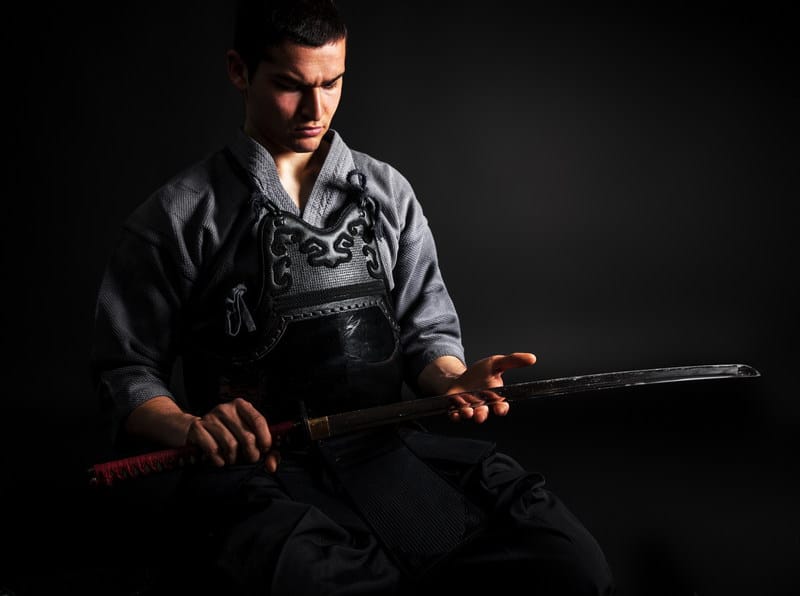 The Japanese sword went through a lot of changes before it evolved into today’s modern Katana. It is the product of centuries of refinement. It changed based on what people expected of it throughout the past eras.

The Katana is the finest sword in history since it is highly durable and possesses an impressive cutting ability. Most of all, it is famous for its aesthetics. A lot of factors greatly influenced the Katana’s features.

The Katana started with a different appearance and went through a lot of changes over the years. Swordsmiths made a lot of refinements before it ended up as the Katana that we all know of today.

The evolution of the Tachi into the Katana continued during the early years of the Muromachi era. Around 1400, swordsmiths signed longswords with the Katana style Mei.

The Chokuto in the Koto Period 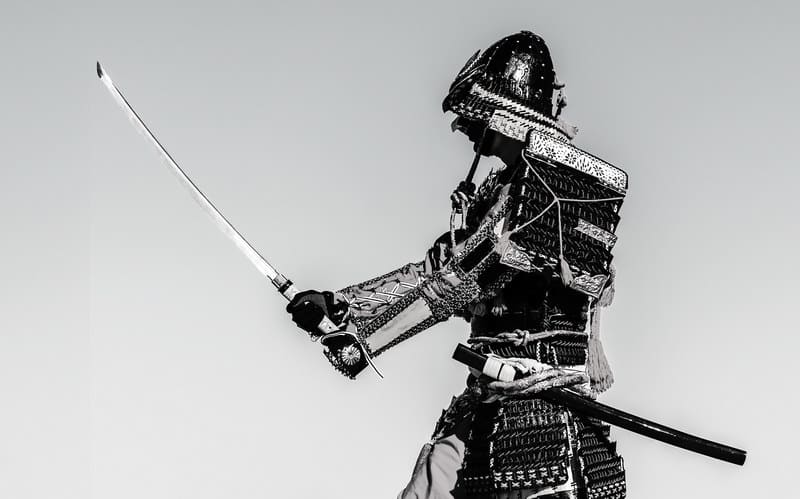 Before the Katana became the popular Japanese sword, it began as Chokuto. This first appeared during the Koto period which was right before 987 CE.

The swords from that period were from a technological point of view. This was the standard form of all Japanese swords. During this period, the artistic curvature of the Katana was still not present. Swordsmiths also did not perform procedures such as differential hardening.

The Chokuto was straight and simply resembles a long steel bar with a sharp tip. Sometimes, a lot of taper towards the tip was present while other swords had minimal tapering. The cross-section that was common with the Katana was not present in the Chokuto.

The Chokuto only had one out of two types of geometries. This was either the Hira Zukuri or the Kiriha Zukuri. Neither of these geometries used in the modern swords of this time.

The Tsuka of the Chokuto did not have a beautiful silk wrap that it comes with. The sword was made for one-handed use only. It was also smaller in size and resembled the handle of a scimitar. 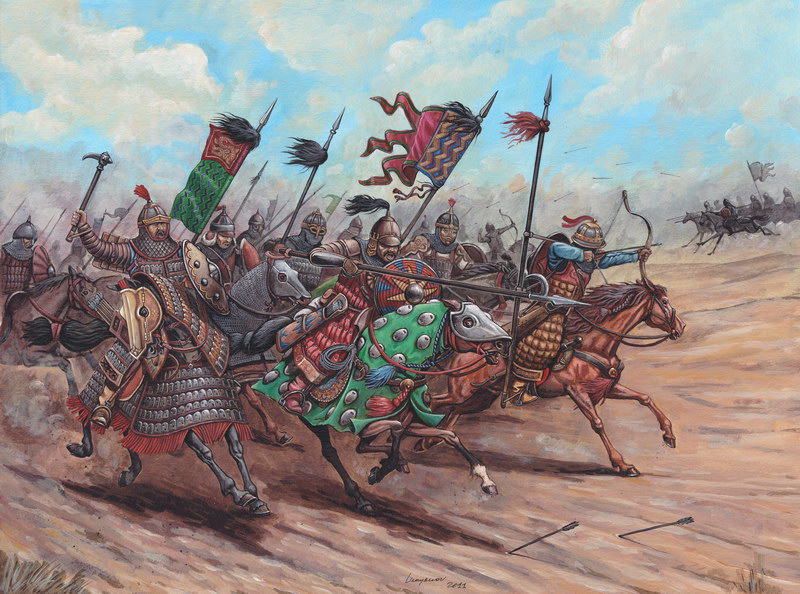 The Tachi was a type of Nihonto or a traditionally crafted Japanese sword. This sword preceded the development of the Katana. The members of the Samurai class wore this kind during the feudal period of Japan. The Tachi has been produced during the Koto period between the years 900 and 1596 AD.

Generally, the length of the Tachi differed from that of the Katana. Aside from the degree of curvature, how the two swords were worn differed. Samurai warriors wore the latter depending on the location of the Mei which can be found on the blade’s Nakago.

The Tachi finally featured a graceful curvature. It also had a Hamon or a blade pattern. This forms when a swordsmith performs differential hardening procedures while crafting the blade.

Changes in the Tachi throughout the Muromachi Era

The production of the Tachi resumed through the years. It lasted until the Muromachi period ended in 1572. Throughout its years of production, its design also underwent certain changes. The swordsmiths who crafted these blades paved the way for the final product of the Katana.

During the production of the Tachi, it eventually underwent several changes. It began to lose two of its distinct characteristics. In the later years, the blade became wider. It also lost a little of its Fumbari.

At some point, the Tachi possessed a certain degree of curvature. This resembled the shape of an archway or rainbow called the Tori Sori. In the later years, it became the main feature of the Katana. 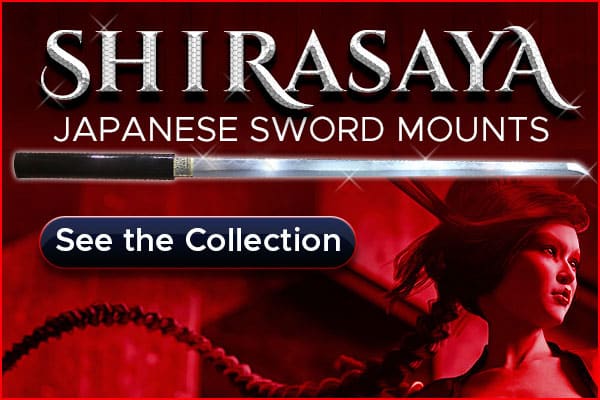 Along with drastic political changes, the swordsmiths also made the first big changes on the swords they produced. The Buke, an aristocratic group of warriors, highly influenced the changes.  Its members were descendants of important clans.

The Buke took the duty to govern the Japanese provinces. They obtained power and heavily influenced the design of the swords of this period.

The swordsmiths of the mid-Kamakura period produced blades that appeared more powerful. These were also heavier than the previous Tachi, except for a few features. This trend continued even with blades of the Nanbokucho period. 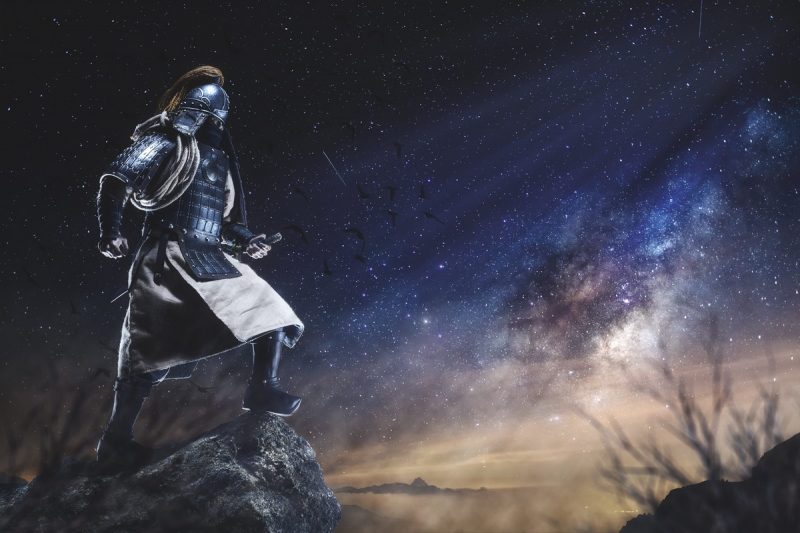 The Nanbokucho era was the period when the stout sword became highly important. Due to political changes, the famous Nanbokucho war or the War of Southern and Northern Courts began.

As for swords, this was the time when another type of Sugata was demanded. The swordsmiths made changes on the design of the Tachi. This period describes the sword’s changes as a function over form.

The length of the blades increased while the Niku was lessened compared to the previous pieces. A lot of blades also featured the Bohi to lessen the overall weight of the swords. It was also during this period when the Fumbari of swords disappeared.

Swordsmiths increased the length of the Kissaki. They ensured that these were proportionate to the overall length of the blade. The Kissaki eventually became less rounded and more pointed during this period.

Also, stretching the Hamon to match the new measurements of the swords.

Overall, the new swords appear to be longer due to the less noticeable Sori and the various adjustments made.

Throughout this period of conflict, new developments made on the Tachi were quick. Due to these new trends, the development of two new swords occurred. These were the Seoi Tachi which is shouldering sword, and the Nodachi which is the field sword. The two blades halted the evolution of the Tachi for a certain period of time.

The Nodachi has enormous size. Both swords tend to be huge, having total lengths of up to 150 centimeters or more.

The Development of the Uchigatana

During the 15th century, the Uchigatana was developed. Its blade had a length above 60 centimeters but not exceeding 70 centimeters. This featured a steep Saki Zori and a stout Sugata. The primary difference between the Tachi and the Uchigatana is the length of these swords.

The Uchigatana could be wielded with a single hand due to its thin Kasane and short Nakago making it lightweight. Unlike the Tachi, the edge of the Uchigatana faced up when it was worn on the Obi. The Mei or signature on the blade’s tang is also placed at the opposite side of the Mei of the Tachi.

The Uchigatana became popular for a number of reasons. First, this sword was more convenient to wear compared to the Tachi. It did not get in the way even when using a polearm.

The battles fought on foot becoming more frequent during this period was one of the reasons why the Uchigatana was made. It allowed for additional speed on the battlefield. This is why the warriors quickly accepted and preferred using the Uchigatana.

As mentioned earlier, the Uchigatana is shorter than the Tachi. This also allowed use in confined quarters, in case indoor battles happened.

Who are the Ronin in Japan?

The Birth of the Katana

It took more than eighty years for the swords to undergo its next huge change. This was the birth of the Katana.

The new blade measured around 60 centimeters long. It was shorter than its predecessor, the Tachi. It also featured a wider base.

The Katana was worn through the Obi with its edge facing up. It was not on Ashi, unlike the Tachi. The way a wielder wore the sword showed if it was originally a Tachi or a Katana. This is because the Mei always faced outwards when the sword was placed through the Obi.

The Katana did not replace the Tachi. However, it is a common misconception since the former became more popular over the years. Even until today, the Tachi is still being produced.

The first produced Katana were of poor quality. This was because these were produced during a period of conflict during the Sengoku era. Warriors demanded these swords, which forced swordsmiths to forge the blades as fast as they could.

By then, the beauty and elegance of Tachi became things of the past. During the period when the Tachi was produced, the swordsmiths had a lot of time. However, they lacked time to make these works of art during the Sengoku period.

The Katana in the Momoyama Period 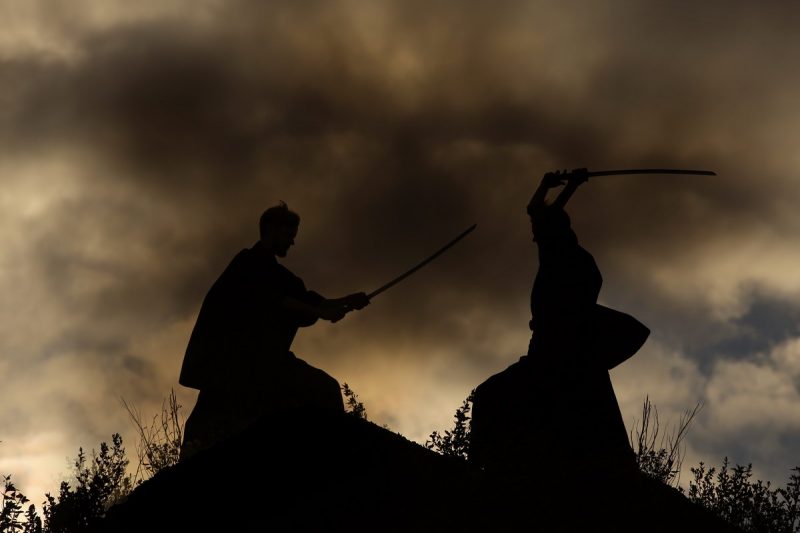 While the wars continued all throughout the nation, swordsmiths began producing more Katana during the Momoyama period. The swordsmiths used all of their skills and time in creating these new blades.

While these swords were shorter, these had their own aesthetics. People also examined and observed the blades critically just like the Tachi.

To no surprise, the Katana quickly evolved in just a short period of time. This was due to the exceptional skills of the swordsmiths.

To begin with the evolution, the length of the blade increased. It started from having a stubby size of 60 centimeters. Later on, it jumped right forward to a length of 75 centimeters.

Since the swordsmiths increased the length of these swords, they made up for this change. They also increased the wideness and thickness at the top of the blade or the Moto Haba.

The blade’s bottom portion or the Saki Haba were also widened and thickened. The swords also featured a Fumbari or taper.

The sword still curved part way on the upper part of the blade. This was the opposite of the Koshi Sori of the early Tachi which had its curvature at the bottom. The Katana featured the Tori Sori. This curvature was extended until the Kissaki, which added to the sword’s aesthetics. The blade’s Kissaki was commonly elongated, forming the O Kissaki.

The Katana in the Edo Period

During the early years of the Edo period, a law on the sword’s legal length was passed. The law prohibited swords with lengths above 60 centimeters. For short swords, these required to have lengths between 45 and 54 centimeters only.

Even before this period, the Samurai already wore the Daisho. However, it was only during this time that the pair of swords gained recognition. The government also regulated the lengths of the swords in the Daisho during the period.

For a certain period of time, all the Katana produced had lengths close to 69 centimeters. These also had very little Sori. Nowadays, 69 centimeters is a standard for Katana measurements. One to two centimeters can also be added or removed.

During the late years of the Edo period, there was an influx of longer blades. These measured around 75 centimeters long. Compared to the Motohaba, these did not have noticeable differences in width at the Sakihaba.

Due to the differences, the swords lost a certain degree of elegance. However, the blades still featured the beautiful O Kissaki. This, together with the lack of Sori was another example of how the swordsmiths intended to produce the final product of the Katana.

With that, the swords gave a particular impression. It was a combination of power and beauty.

The Final Product of the Katana

The popularity of the Katana rose when close-combat warfare became more common. The Katana was easier to draw which made it excellent for combat. This was also the time when it began to have a distinct appearance. It featured a curve, a single edge, a long Tsuka for two hands, and a Tsuba that was either circular or square.

You can create your own custom Katana on our website by visiting this link. 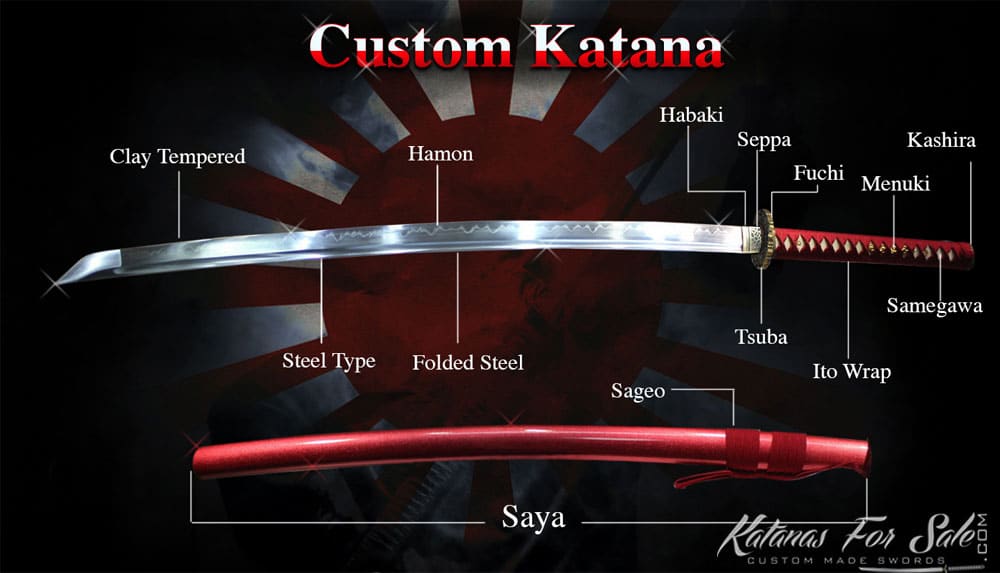 The Samurai class disbanded during the Meiji period. Their special privileges became ineffective. This included their right to carry their swords in public. This was due to the Haitorei Edict of 1876 which prohibited carrying of swords.

Only the former Daimyo, the military, and the police had the rights to do so.

The Meiji era was the time when Japan’s military modernized. Making a living became a problem for skilled swordsmiths during this era. Instead of smithing swords, they made cutlery and farming tools.

Japan’s military action in Russia and China brought back the interest in swords. Massive productions of swords occurred during the Showa period. The military Japanese swords created from 1875 to 1945 are called Gunto.