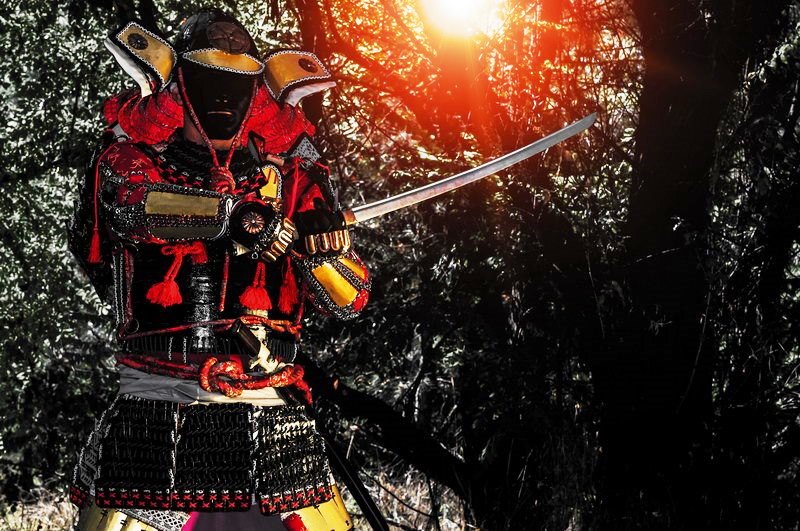 The Early Years of the Tokugawa Era

Tokugawa Ieyasu defeated the Daimyo who served and remained loyal to the late Toyotomi Hideyoshi and Hideyori. This was in the year 1600 during the Battle of Sekigahara. The battle earned him the title of Shogun. It was the emperor of that period who gave him this title. Tokugawa Ieyasu set his capital at Edo. This was a small village that eventually became today’s Tokyo.

His formal regime as a Shogun lasted for only two years. It was in 1605 when Tokugawa’s son, Hidetada, was named Shogun. His reign lasted until he passed away in 1616. This was to keep the Tokugawa’s claim on the title, as well as to maintain the continuity of their policy.

Tokugawa Ieyasu was the third and last among Japan’s three unifiers. He became the first Shogun of Japan and established the Tokugawa regime. The Tokugawa Shogunate lasted until the year 1868. This was when Yoshinobu forcibly resigned as Japan’s last Shogun.

Under the Tokugawa rule, Japan had become a peaceful country. This was after a whole century of it being filled with chaotic conflicts and battles. For the Samurai, peace was equal to working for the Tokugawa administration as bureaucrats. At the same time, sword hunts were also present to ensure that no one in society carried weapons, such as the Katana or Wakizashi, aside from the Samurai.

Since swords were completely banned during Tokugawa’s rule, the Samurai stored their blades into something safe. Since that was the case, it was believed that the Shirasaya was created during this period. This was a special storage for swords to prevent corrosion and other damages on the blade.

During the rule of the Tokugawa, these warriors were not the only social class that could not make any changes in their lifestyle. Each sectors of the society were limited to their conventional roles but with more strict rules compared to those of the past. During this era, the Tokugawa established a class of four tiers, as well as strict rules that should be followed at all costs. 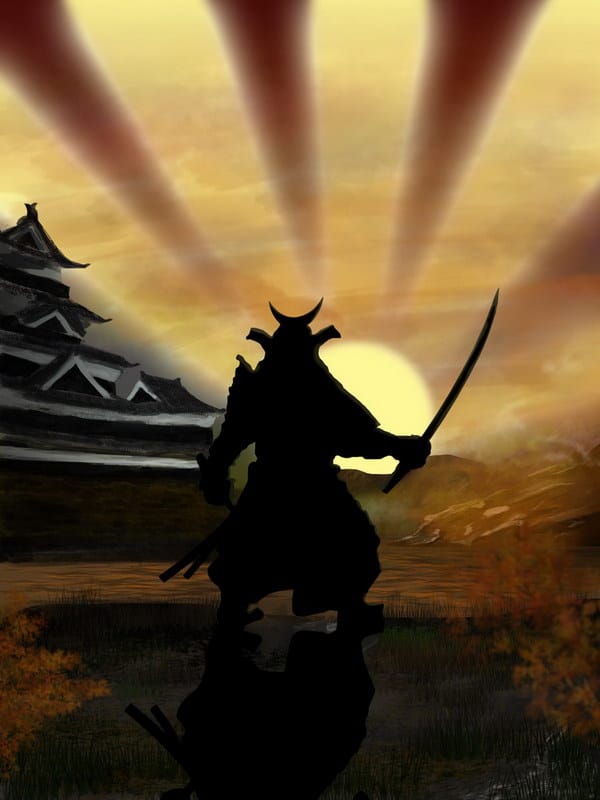 The Bakuhan Taisei, which was commonly known as the Bakufu government, was a feudal system that was established during the Edo period. Baku means military government while Han refers to the domains which were ruled by the Daimyo.

Vassals owned inherited lands and gave homage, as well as military service to their lords. The Bakufu government divided feudal power among the Shogunate in Edo and provincial domains in the nation. Provinces had dominance and in exchange for being loyal to the Shogun, they were given an independent administration of the Han.

All of the lords and Shogun were Daimyo and took care of national security as well as foreign relations. They also governed the Han that possessed most power, which was the Tokugawa clan’s hereditary fief. Every level in the government had its taxation system.

The emperor, who was ostensibly a religious leader, did not possess real power. Instead, the Shogunate was able to discard, transform, as well as connect domains. For the Sankin Kotai system, it required all the Daimyo to live in alternate years between the court in Edo and the Han. When they were not present in the area, they were required to leave their families as hostages until they return.

The Sankin Kotai had huge expenses imposed on each Han; this helped centralize the powerful alliances and ensured that everyone in society would be loyal to the Shogun. 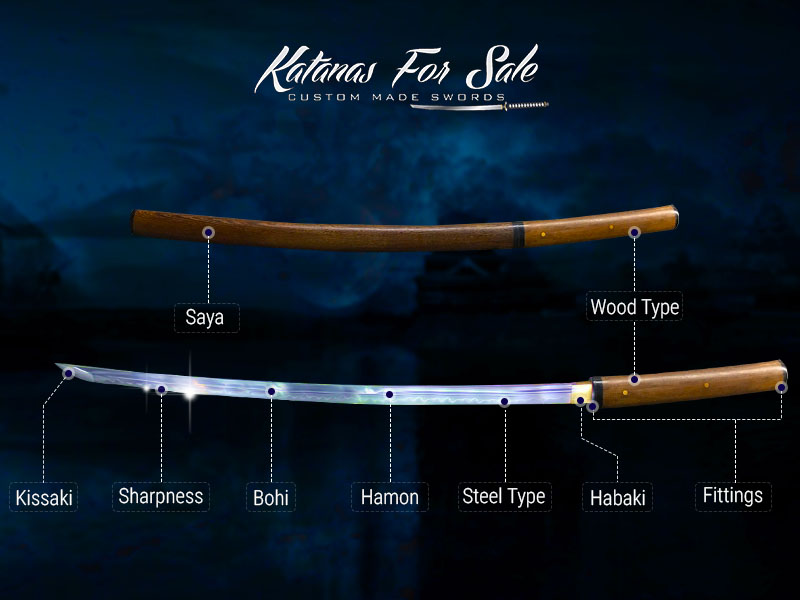 The Tokugawa Shogunate established a social order which was known as the Shinokosho or Four Divisions of Society. This greatly helped stabilize the nation since it was based on Confucianism ideals which was spread from China to Japan. Through this system, the society became comprised of the Samurai, artisans, farming peasants, as well as merchants.

The Samurai were on top of society since they started to establish high moral examples for people to follow. The purpose of the system was to increase their position of power. On the second class were the peasants. They were the ones who produced the most essential commodity which was food.

In Confucian philosophy, it was stated that society that could not survive without agriculture. Artisans were on the third class since they produced goods that were somehow considered unnecessary.

At the bottom of the social classes were the merchants since they gained wealth without producing anything. With that, you can see that classes were not categorized by capital or wealth. Instead, they were arranged according to what philosophers referred to as the moral mutiny. 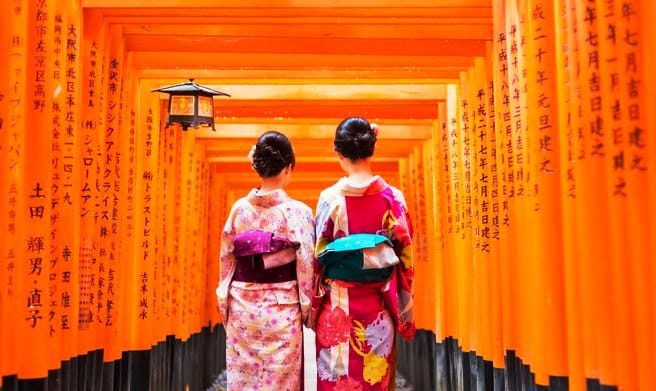 The Women of the Tokugawa Shogunate

The lives of women greatly varied during this period. These were based on their families’ social status. Those who belonged to the clan of samurai were expected to obey the male heads in their household. However, they could also become the ranking household member if their husband passed away.

As for children, they were obliged to respect both their parents even until they grew up. Women who belonged to the lower classes were less restricted by social expectations. They were allowed to play an essential part in the family’s business. In the early mornings, peasant women were obligated to do house chores before working on the fields together with male relatives.

During the Edo period, marriages were arranged to raise one’s social status. These were not based on feelings and romantic attraction. For those who belonged to wealthier classes, they used marriage to increase their holdings and influence. Often, marriages occurred between two families from the same social standing.

While males from the upper classes were allowed to have concubines and relationships with unmarried females, it was the other way around for married women. Unlike men, females were prohibited from having other sexual partners. During this period, divorce was common; it was very easy for women from poor households to leave their husband and return to their immediate families.

Art in the Tokugawa Period

If religion takes up half of the people’s daily life in the Edo Period, it is art that takes the other half. The defined power of the Shogun and samurai developed a social obligation to act as an advocate for the arts. With the strong economy, a wide range of art were made highly affordable to the merchant class. Artists were also motivated by the courtly behavior such as discipline and perfection.

Overall, art flourished during this era. Due to this, it was the period when samurai armor reached a whole new level of craftsmanship. The standardization of formal tea ceremonies also occurred during this period, and intellectual arts such as poetry became essential in a child’s education. When it comes to arts in the Edo Period, it was theater and woodblock prints that became highly popular. These forms of art represent the traditional Japanese culture.

The 16th century was the time when followers of Christianity started appearing. Oda Nobunaga was the Daimyo who welcomed Christianity imported Western technology such as the musket. Oda saw this as a tool that could be useful for suppressing Buddhist forces.

Although Christianity developed and spread until around 1610, Tokugawa Ieyasu eventually saw this as a threat to the government’s stability. When Ogosho or cloistered Shogun was out, the laws that banned Christianity were implemented. The next Tokugawa leaders followed this suit and abided by Ieyasu’s laws. The ban of Christianitywas also connected with the Sakoku or Isolation of Japan which occurred in the 1630’s. 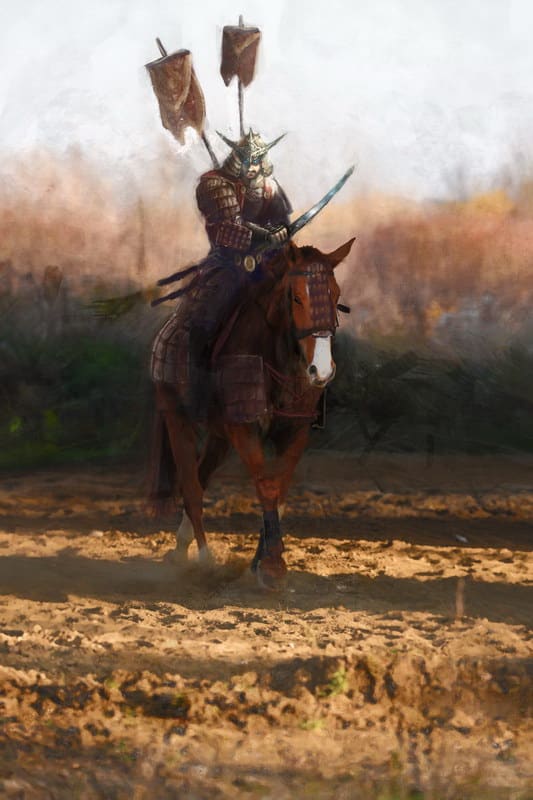 In the later years of the Tokugawa Shogunate was the Bakumatsu, a period that existed between 1853 and 1867. This was the time when the Sakoku or the isolationist foreign policy was put to an end. The Bakumatsu period was modernized from the feudal Shogunate to the Meiji government and was the known period prior to the Meiji era. The main political and ideological factions during this specific point were divided into the pro-imperialist Ishin Shishi, the Shogun forces, and the elite samurai warriors, the Shinsengumi.

Although these two groups possessed the most power, a lot of other factions attempted to use the conflicts of the Bakumatsu period to gain personal power. There were two main reasons for this dissent: one was the resentment of the Tozama Daimyo which was related to the Battle of Sekigahara. This was specifically the time when the lords who fought against the Tokugawa had been permanently exiled from all positions in the Shogunate. The other reason was the Anti-Western sentiment which was followed by the coming of Matthew C. Perry.

The Bakumatsu ended with the Boshin War, when the pro-shogunate forces lost the Battle of Toba Fushimi.

The Reign of the Meiji Empire

The southern Daimyo started the Boshin War to keep the power and authority with the emperor. It would also prevent military leaders from acquiring this said power. In 1868, the Meiji Restoration was declared by the pro-imperial Daimyo. This new empire was under the rule of the young Emperor Meiji.

After 260 years of peace and isolation under the Tokugawa Shogunate, Japan welcomed modernization. With the hopes of escaping the same fate that China had, the nation opened itself for economic development. With that, Japan had officially established a new, modernized empire by the year 1945.