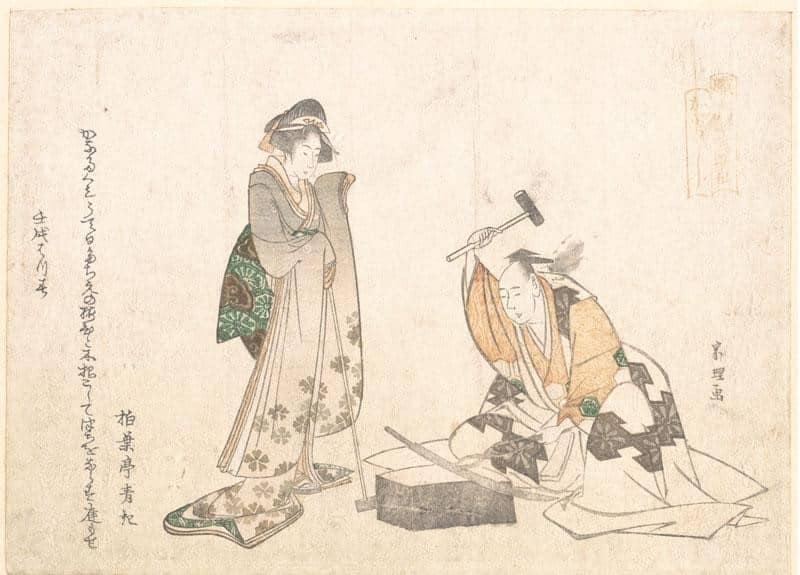 Love does not always end up in a very subtle way. There are some thought-of romantic love stories that have ended in a tragic way – some worse than others. It can get painful and there’s always going to be suffering. But if you truly love someone, then one will never give up if it is worth fighting for.

Each Samurai has his own story he’d lived. Some became famous for being the most powerful, some as rebels, and some for a tragic romantic life. This is a story about Hosokawa Tadamasa, a swordsmith whose love story became a very well-known tragic story all throughout the ages. 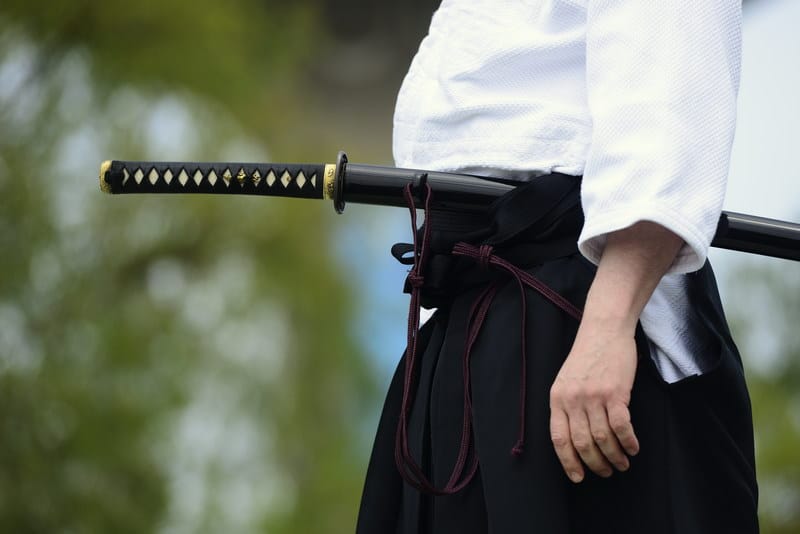 Who exactly is this Swordsmith?

Born in the year 1837 of Tempo, Hosokawa Tadamasa is the eldest son of Hosokawa Tadayoshi, a famous master swordsmith. He was taught the craft of sword forging by the time he can already understand his surroundings and was able to work alongside his family swordsmiths, and forging swords became his and his father’s bond throughout the years.

Eventually, his name became known throughout many provinces due to his majestic forged swords which paved his way through success; including getting a job under the Naito family.

He was a great and famous swordsmith. But due to being an arrogant giant, all he ever did was boast how great his skills were.  For this, people around him found him quite intolerable, most especially when he gets really drunk, which was all the time. This caused him to lose his fortune from sword forging.

Eventually his clients got tired of his insufferable attitude and one by one, all of them left him. He then decided to leave without any particular destination, and came to the Sadoawara fief, a branch of the powerful Satsuma fief.

However, the Samurai didn’t have the money to pay Tadamasa for the long sword he requested. So he freely provided board and lodging and gave every necessity Tadamasa needed. This then made the swordsmith stay and start building a life there.

Life as a Drunkard

Hosokawa Tadamasa forged almost all the blades that were used during the Satsuma Rebellion. For this, the people praised him ceaselessly for his great skills and capability to forge excellent quality Japanese swords.

This however, sparked once again his bellowed arrogance and caused quite a trouble for the villagers. At first, they thought his arrogance and boastfulness would eventually come to a halt. Unfortunately for them, being braggart is what he really is. 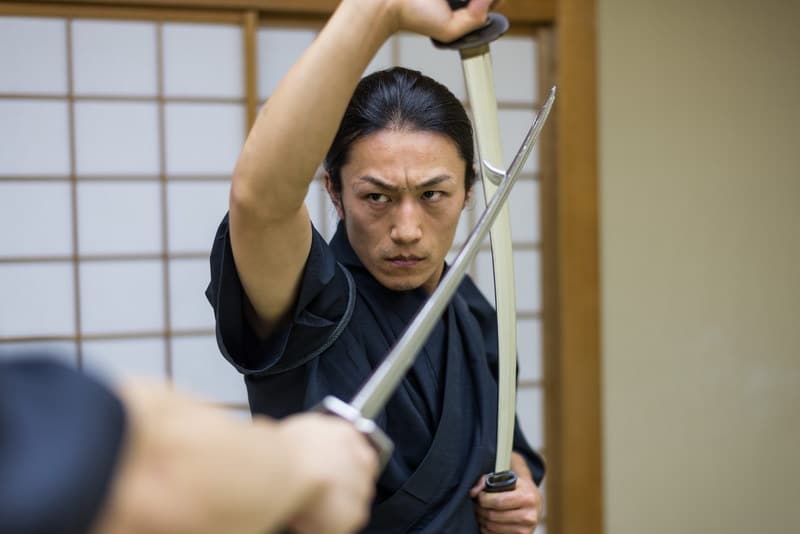 At one time, a local Samurai who had enough decided to kill the swordsmith. Luckily for Tadamasa, he heard about the conspiracy. This enabled him to escape at once and avoid such a miserable death. He left the village immediately and went to look for a job far from the village. He then came to work as a swordsmith to the further south Obi fief.

You’re probably wondering how could any woman fall in love with a troublesome man, whose skills are good as his arrogance? 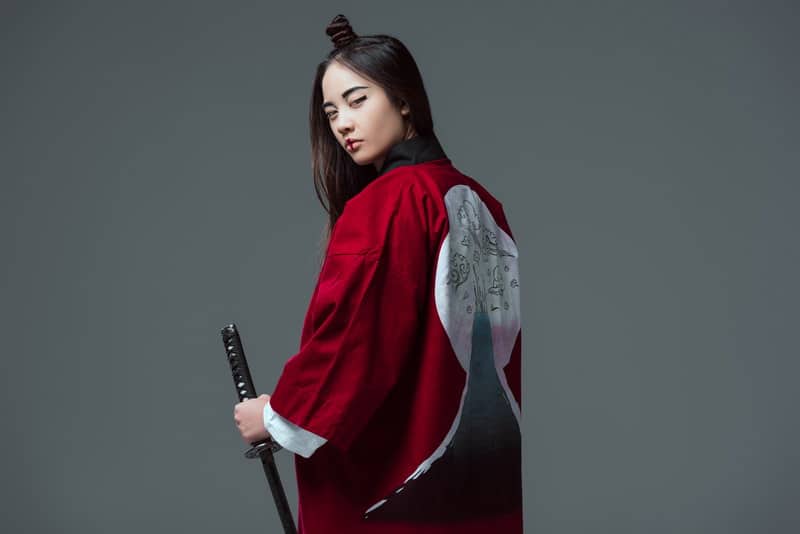 Well, thing is…. Toku was described as an arrogant, nymphomaniac, egoistic and faithless woman. She definitely did not have a good reputation in their town. In the eyes of the people, the two of them were simply a perfect match. However, not all stories have a happy ending.

Not your typical romantic love story

Toku’s father was against their relationship. During this time, parents had the power to arrange fixed marriages. This then gave Toku’s father the authority to disallow her daughter to choose who to love.

In feudal Japan, women were seen less important than men. That meant that the degree of freedom for women was typically lower that the freedom of men. An example is marriage. Marriages for women were decided by their family. They were expected to obey and follow what their family have decided upon. 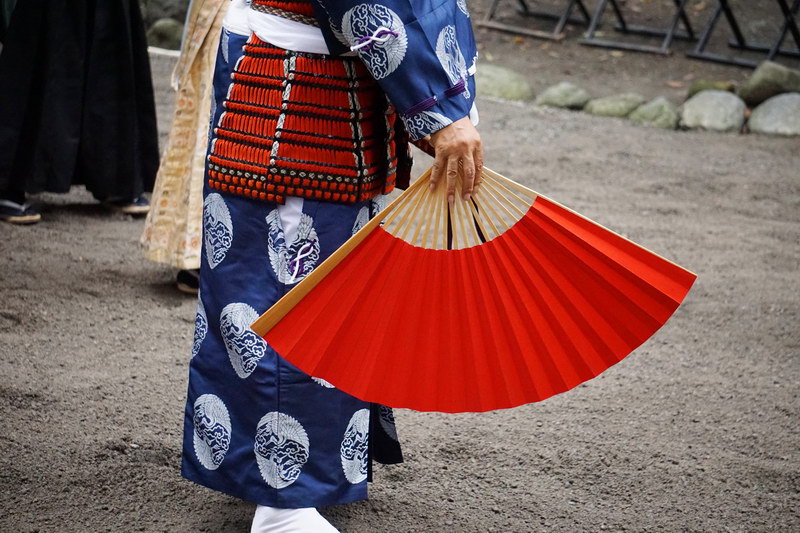 Tadamasa and Toku had to keep their relationship a secret. In the morning, they have to live separately and keep distance between them. The only time they’re able to show their affection to each other is at night. For it is the time when everyone has gone to sleep and no one will see them.

And they are able to express their love for each other, even though Tadamasa didn’t find the setup very satisfying.

One night, he barged in Toku’s house, completely drunk, and commanded his father to surrender his daughter to him. This then caused a riot which unluckily for them, became public. Being in the middle of it all, the woman was regarded as disrespectful towards her father.

The fief who found this unacceptable had to punish her. He order her hair to be shaved and that she’d be locked in a special prison for the juvenile offenders. When she learned about this, she became so depressed and desperate that she cut her own throat using a razor thirteen days after the incident. This then caused her to bleed to death, and left Tadamasa devastated.

Unable to stay any longer, he submitted a letter requesting for leave. Once he was able to get the approval of the fief, he immediately left town without telling another soul where he went.

After two months, he wrote a letter to retainers of the Obi fief and his trace disappeared once again. After a few years, his name pops up when everyone was required to register in the new personal statute law during the fifth year of Meiji period, 1872.

According to some, he was staying at the Takanabe fief, which dissolved the previous year.  It was said that he used to visit the fief ruled by the Akizuki family. After that, no one knew what had happened to him anymore. This was the last time his whereabouts were traced. He was never heard of ever again.

If you’ll think about it, he probably blamed himself for what had happened to his one true love. It is sad, The scar will always remain in his heart, even if he has met someone else. If you’ll analyze properly, Toku would’ve lived longer if it wasn’t for Tadamasa’s actions.

One can get a life lesson from this story. No matter how in love you think you are, never do anything so harshly. For love should be dealt with properly. Remember that love isn’t enough to do dumb decisions, for it can lead to more problems to deal with.

This story is plainly an example of indecisive reasoning, and could have actually been avoided with rational thinking. 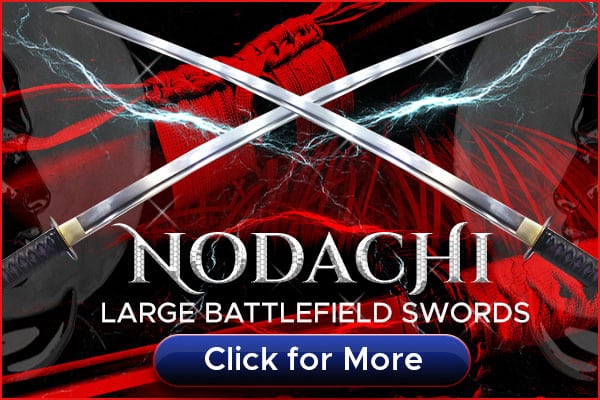