Japan is one of those countries in the world that has the longest measurable histories. So, of course, a lot of different groups of people were formed in the earlier years up in today’s era. And they surely are remarkable – may they be good or bad.

During the warring state of Japan, noble warriors like the Samurai did nothing but to keep their honor as warriors. But then there would always be some rebellious people who are opposite with a noble warriors way of living.

And those are the Kabukimono and Ronin. 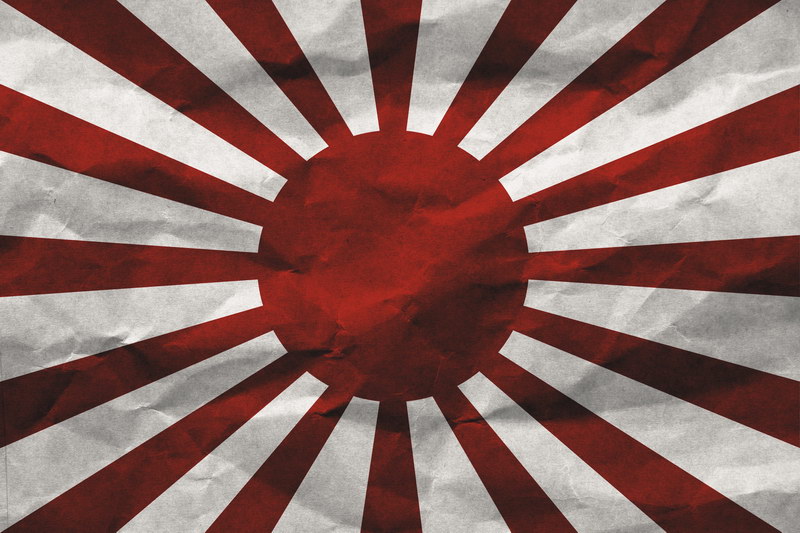 But who were those rebellious and dangerous Kabukimono and Ronin? Do they have lots of differences, or maybe they are the same Though they might have some similar evil deeds, they are different from each other – their origin, lifestyle, etc.

Ronin are simply those masterless Samurai during the feudal period of Japan (1185-1868). The word Ronin is often translated in English as “drifter” or “wanderer”.

Ronin literally means “wave man” which is an idiomatic expression for ‘wandering man”, someone who doesn’t have a home.

You may be wondering now…

How does a Samurai in feudal Japan become masterless?

Well, a Samurai can become masterless upon the death of his master. Sometimes, it is also after the loss of his master’s honor. As they ought to be loyal to their master, they can’t work for another master without his permission.

While on the other hand, Kabukimono or Hatamoto Yakko were gangs of some Samurai. They appeared in feudal Japan. It was between the end of the Muromachi period (AD 1573) and at the start of the Edo period (AD 1603).

It derives from the Japanese word Kabuku, meaning “to deviate” or those who “differ from a group norm”. That is why it is literally translated in English as “strange things” or more likely the “crazy ones”.

But what made up the Kabukimono?

El Kabukimono consisted of those jobless and masterless Samurai or the Ronin. Some were men who had to work for Samurai families before, while others were those younger sons who would not inherit any of their family business.

With those facts, you can now identify some of their differences and similarities already, that’s for sure. But you may be thinking… That’s it? Na-uh. That’s not all. There are still a lot more waiting for you to explore!

And these will surely catch your attention more and more! 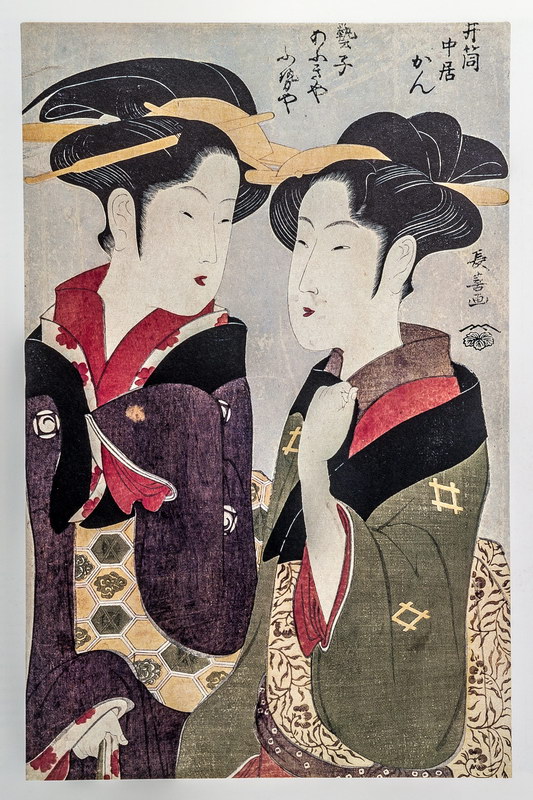 What did they wear during feudal Japan?

Kabukimono’s clothing is one of the main reasons why they were famous until today. They would often dress in very eye-catching clothing, combining bright colors such as yellow and blue.

They even used short Kimono as accessories. It is often with lead weights in the edge of the cloth and with a wide Obi. For those who don’t know what an Obi is, it’s a sash that Japanese tend to wear with a Kimono.

Kabukimono also wears clothes that are meant for women.

On the contrary, some Ronin, especially those who didn’t join Kabukimono, still dressed way more decent. They didn’t wear those “unusual” clothes that Kabukimono did during their era. They presented themselves wearing the usual Kimono for Japanese boys, with colors like gray, brown, and black.

Complete Story of the 47 Ronin

What type of weapons did they use?

Like any other Samurai, Ronin also relied on their swords as their weaponry, which are the Katana or the “long sword” and the Wakizashi or the “short sword”. Ronin also used a variety of other weapons.

Those Ronin who usually lack money – would usually have a Bō. Others would also a Jō, which is a smaller staff around 1-2 m or 3-5 ft.

Kabukimono also used Katana as their weaponry. However, the one they used is unnecessarily long and over-fashioned. It often has fancy hilts, broad and square Tsuba, and red scabbard. The length of their Katana is usually longer than the standard length.

Some of them also used uncommon long smoking pipe or Kiseru as a weapon.

What role did Ronin play in Japan during the Ancient time?

A former Samurai isn’t allowed to take a new job after losing their master. So many Ronin looked for other ways to make a living with their weapons.

For those steady Ronin, legal employment became mercenaries. They happened to guard trade caravans, or as bodyguards for rich merchants.

After losing the powers that they used to hold as a Samurai, quite a few numbers of Ronin became criminals. They started working as bandits and highwaymen or joining well-planned crimes in towns and cities. 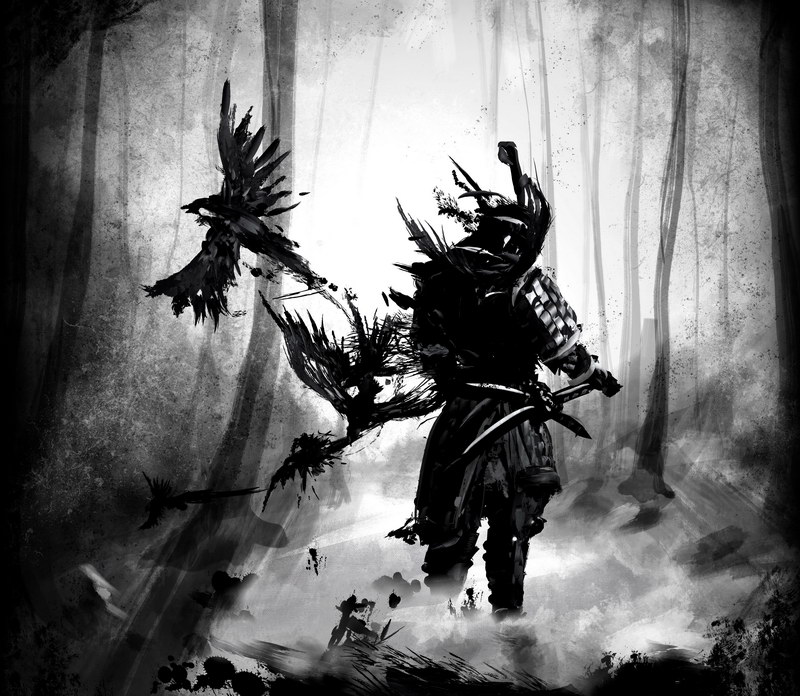 They were famous for serving gangs that ran gambling rings, protection rackets, and other similar activities. Most of them were petty thieves of Japan.

During the Edo period, Ronin was given a reputation of shame because of their many criminal records. From being warriors, they became thugs, bullies, cutthroats, and wandering vagrants. Very terrifying, isn’t it?

Ronin is proof that not everything that you hold in life will be yours forever. They were once a hero, but then in a blink of an eye, they became a disgrace to their country. But despite the bad image they’ve got, there were still those Ronin who still lived with loyalty and honor. They did it even after losing the privilege of being a warrior.

What was the role of Kabukimono in Japan? 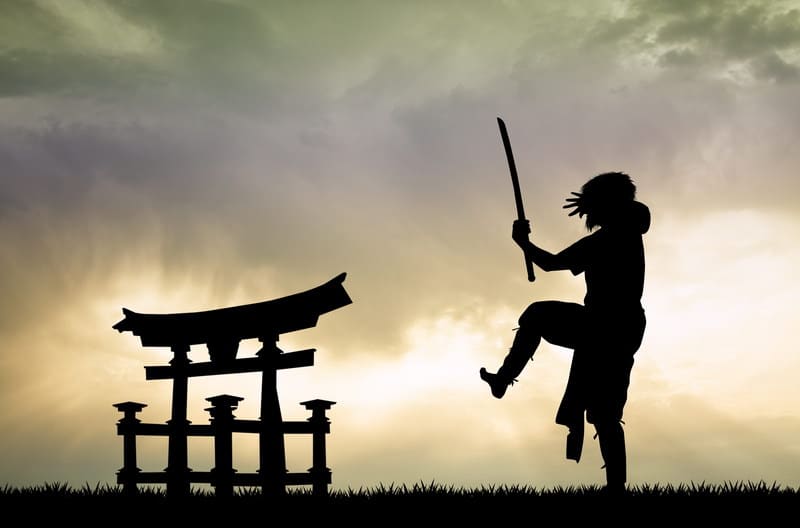 Kabukimono were also prominent for their shameful and violent acts. They were gangs with literally no honor to start off.

These gangs robbed different townsfolk, and they ate at restaurants without paying their bills. There were even cases of killings done by some gang members. They would just cut someone down to test a new sword that they got or the so-called Tsujigiri.

In large cities such as Edo and Kyoto, significant incidents were common. These areas were most likely to be Kabukimono’s headquarters.

The Kabukimono were also destroyers of peace and silence in a particular area. They would do wrestling, loud singing, and dancing in the streets, even fighting against other gangs.

These people were prevalent for their disobedience as they don’t follow anyone. They were the ones who made their own rules. However, they stay loyal, and they pay respect to their co-members.

Did you somewhat recall people who act like them? Disobedient and rebellious!

Who are the notable Ronin and Kabukimono that are still popular these days?

The most notable Ronin are the following:

Whereas the most notable member of Kabukimono were the few members of prominent clans which are:

Are those shameful Kabukimono and Ronin still exist today? 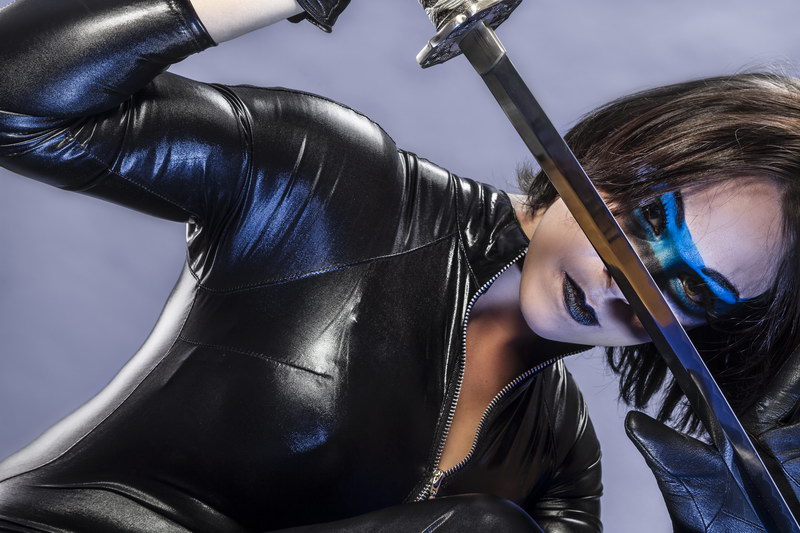 Although the Kabukimono and Ronin faded out from Japan’s society, the influence of it still transcends into the modern days. The classical Kabuki theatrical form is one of the famous theatrical acts in Japan that was influenced by the Kabukimono. It is often said that Izumo no Okuni, the creator of Kabuki borrowed lots of ideas from the Kabukimono: from their style and personality.

That idea of hers is widely influenced by the Kabukimono, who often dressed as a woman back then. Kabukimono is undeniably significant and famous in Japan, that it already received different awards.

Today, in modern Japanese usage, the term Ronin is being used to describe someone who is unemployed. Also, to describe a secondary school graduate who has not yet enrolled in a university.

That is all because a Ronin was once described as a masterless and jobless Samurai. And as Samurai no longer exist today, they just use the word for them. They still have a lot of similarities, just a different era.

Though the Kabukimono and Ronin brought disgrace to their country, they are still remarkable and still attract the attention of people. They gave a different taste to Japan that people – who aren’t Japanese are interested in.

You may even be one of those… right?